Home BiH Pahor with Komšić, Džaferović and Dodik on succession and illegal migration

Pahor with Komšić, Džaferović and Dodik on succession and illegal migration 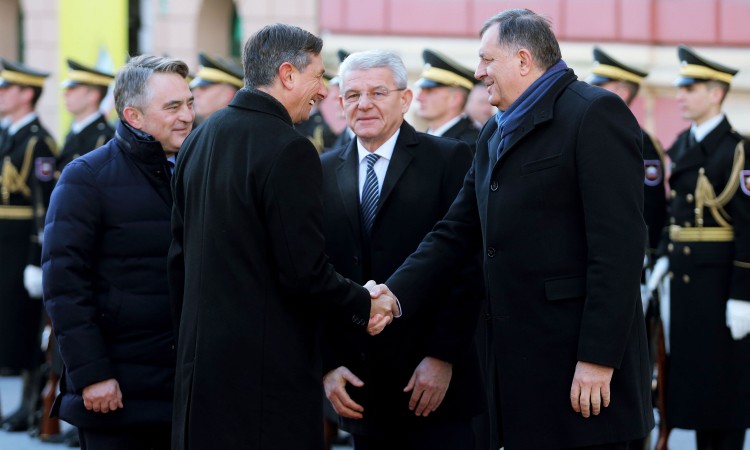 After the ceremony, Komšić, Džaferović and Dodik laid wreaths at the War Victims Monument (at Congress Square), and unveiled the Friendship Bench with the President of the Republic of Slovenia.

President Pahor expressed satisfaction with the joint visit of the BiH Presidency members and stressed excellent friendly political and bilateral relations between BiH and the Republic of Slovenia.

The main topics of discussion were development of bilateral relations between the two countries, economic cooperation, efforts to advance the implementation of the Agreement on Succession Issues, cooperation in the regional and multilateral area with an emphasis on the Brdo-Brijuni Process, the European perspective of Bosnia and Herzegovina, and the current political and economic situation in the country. The issue of illegal migration in the Western Balkans was particularly discussed.

During the meeting with President Pahor, members of the BiH Presidency emphasized the traditionally good and friendly relations, as well as the overall bilateral cooperation between the two countries. They stated that economic relations between the two countries are developed, and that trade is largely balanced, but that there is room for strengthening economic cooperation.

BiH Presidency members expressed their appreciation for the support of Bosnia and Herzegovina’s European integration process and for a clear message on the EU’s open prospect of EU membership.

A new EU initiative has been agreed to put the issue of Western Balkan countries’ focus on the European institutions.

Other unresolved cases of Ljubljanska banka depositors were also discussed.

Members of the BiH Presidency also met with President of the National Assembly of the Republic of Slovenia Dejan Židan. Slovenia’s support to BiH on its European path was emphasized as well. It was stressed that the two countries are connected with good friendly and political ties but that there is room for enhancement of economic cooperation. The President of the National Assembly reiterated the importance of working in the Parliament of the Friendship Group of BiH – Republic of Slovenia in development of the overall relations between the two countries.

BiH Presidency Chairman Željko Komšić and BiH Presidency member Šefik Džaferović visited the International Trust Fund for Demining and Mine Victims Assistance (ITF) and a photo exhibition “Ten Years of ITF Work in Bosnia and Herzegovina in the Field of Demining”.

ITF Director Tomaž Lovrenčić briefed members of the BiH Presidency on the activities carried out in BiH by this American-Slovenian foundation. The BiH Presidency members gave their full support to the activities of the ITF, as well as the BiH Mine Action Center – BHMAC, the Association of Mine Victims – FANTOMI Sarajevo, the Organization for mine danger warning in BiH – Posavina without Mines Brčko, the Association of Mine Victims – UDAS Banja Luka and Mine Detection Dog Center – MDDC Sarajevo, whose representatives were present at this meeting, the BiH Presidency announced. 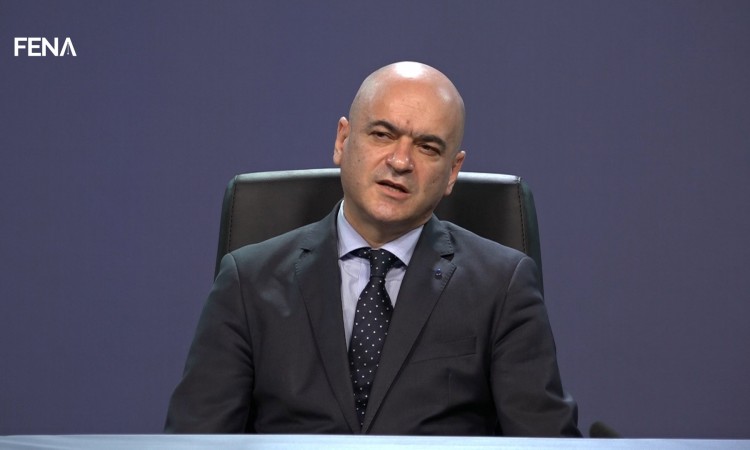 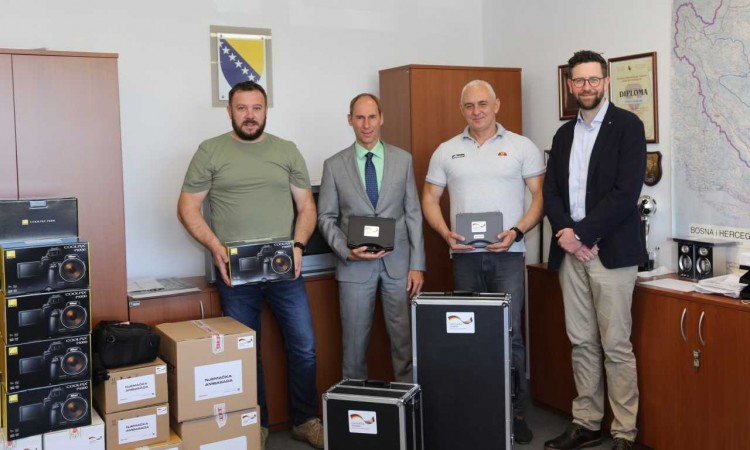 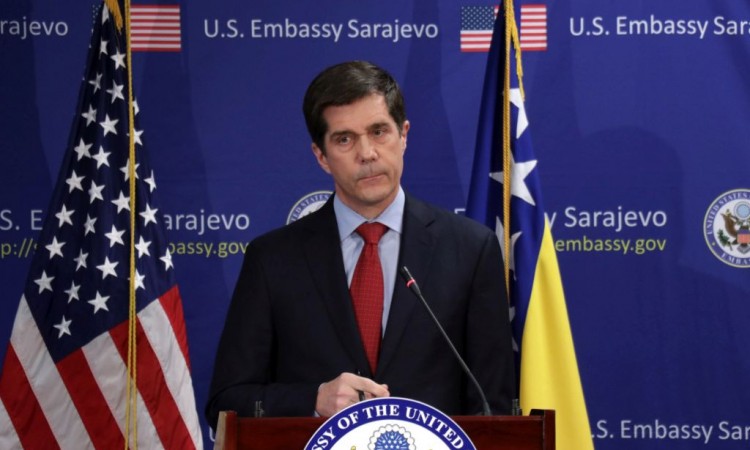 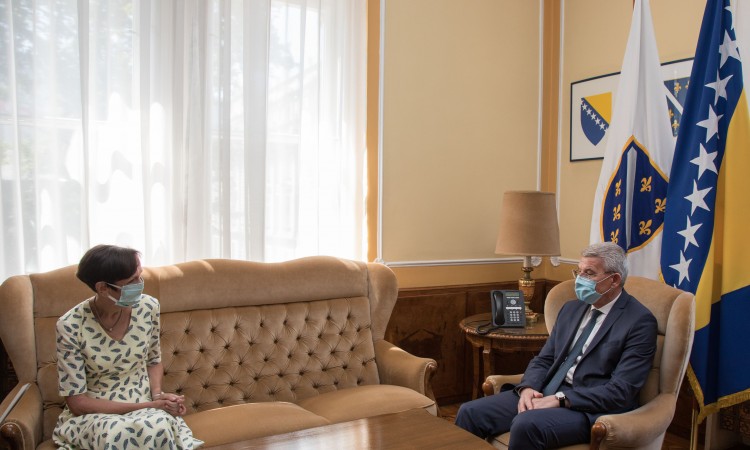 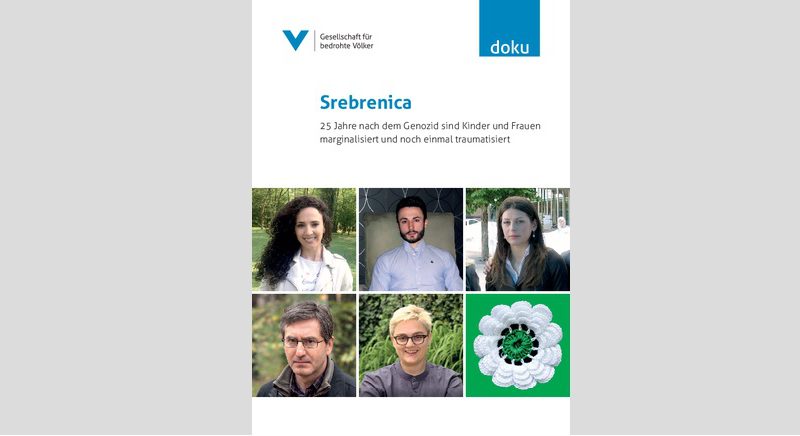 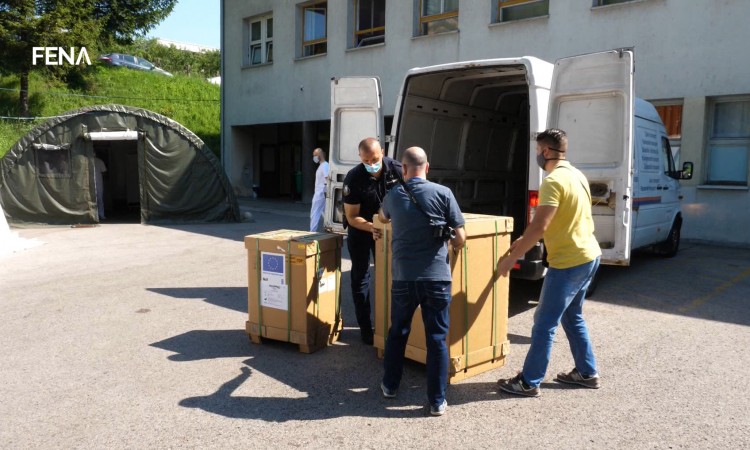 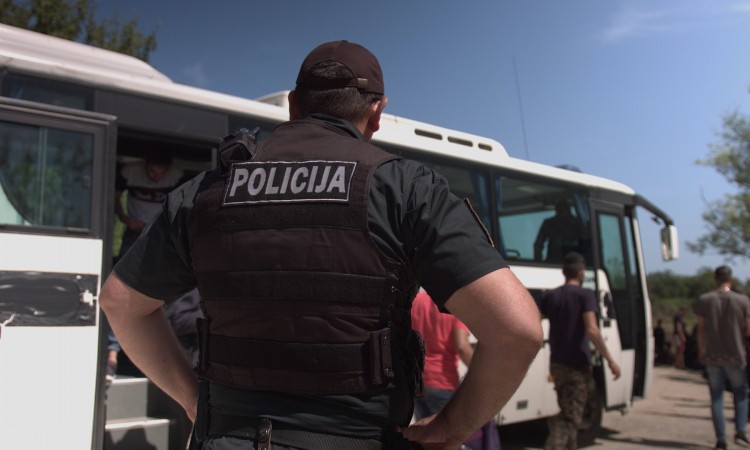