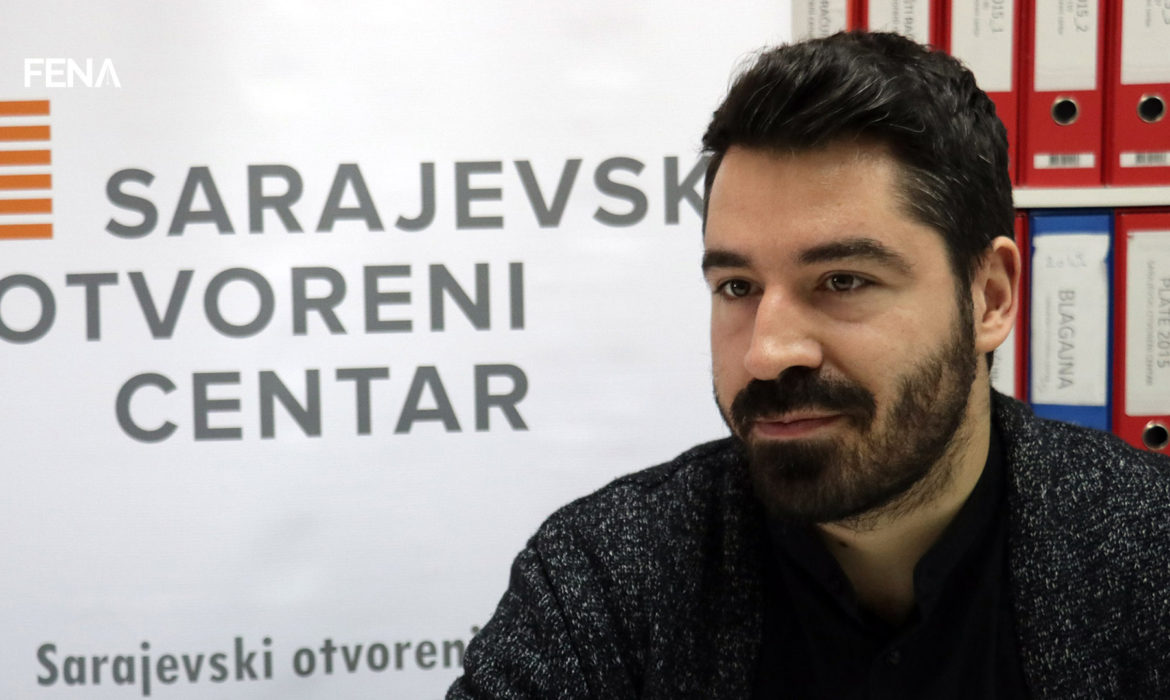 SARAJEVO, January 24 (FENA) – All I want to do is go to Germany and start over my life. I want to go to school, find a job that will allow me to pay rent and food, make enough money to go to gym because I love sports, said 30-year-old Nur, a Moroccan migrant currently living in Ušivak reception center near Sarajevo, in an interview with FENA.

Although his story sounds familiar, because it is similar to the story of many migrants who have traveled to Western Europe via Bosnia and Herzegovina, Nur’s motives are, nevertheless, different. He is a member of the LGBT population – a group that international human rights organizations claim is endangered in countries where most migrants come from.

“Ever since I was little, I felt differently from other children, which is why they teased me. From the age of eleven, I realized I was not the same as other children. They started noticing that I had feminized moves and behavior,” Nur said.

In this North African country, any type of homosexual relationship is illegal and punishable by six months to three years in prison or a fine of 120 to 1200 dirhams, or 20 to 240 KM.

Due to his sexual orientation, Nur reportedly had numerous problems in society and in his family. As a 20-year-old he went to Qatar but was deported from there after a while. After returning from Qatar, he lived in Casablanca.

Shortly afterwards, Nur embarked on a standard migrant route via Turkey, Greece, Albania, Serbia and ended up in BiH. Although Nur wants to go to Germany, from the Sarajevo Open Center (SOC), an association which advocates the full respect of human rights and protection of LGBT rights and gender issues, they say there have been cases where members of the LGBT community want to stay in BiH and apply for asylum.

Program Coordinator and Legal Advisor at the SOC Darko Pandurević told FENA that they have met with LGBT migrants few times, but that all the meetings were indirect, that is, through volunteers and persons working in the field with migrants.

“We currently have contacts with individuals who are members of this community and who are migrants. The countries of origin of migrants, the countries of the Middle East, Afghanistan, Pakistan and North Africa represent the parts of the world where the position of LGBT people is the most critical and the worst,” said Pandurević.

Asked if there are currently any persons from this group who have applied for asylum in BiH, he said that SOC is in contact with one person who wants to stay in this country.

“BiH has mechanisms and recognizes LGBT people as a special group that can seek asylum in this country. Information comes to us indirectly, but as far as we know, one to two people annually apply for asylum in BiH from this group,” he said.