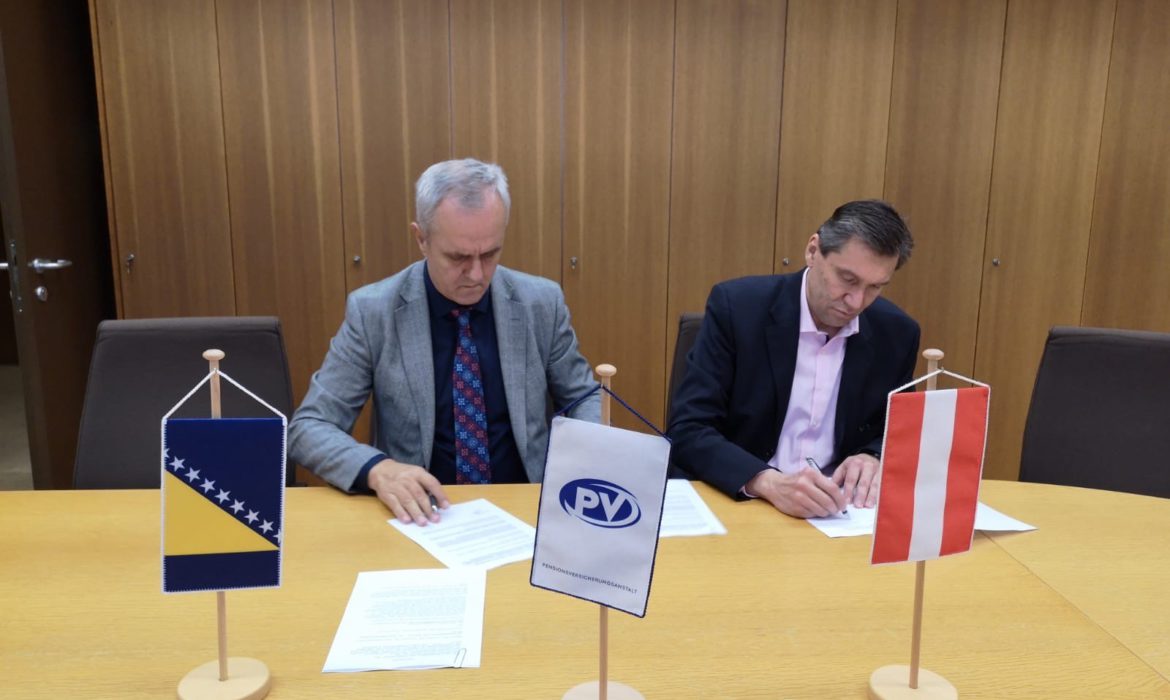 MOSTAR, December 6 (FENA) – Director of the FBiH Institute for Pension and Disability Insurance (MIO / PIO Institute) Zijad Krnjić and Director-General of the Pensions Insurance Institute (PVA) from the Republic of Austria Winfried Pinggera signed a Protocol in Vienna on how two pension insurance providers act in situations of different legal norms.

This will eliminate problems of BiH citizens who have insurance contributions in both countries. Namely, in the current practice, BiH citizens who had the last employment in Austria have been facing difficulties in exercising their right to a pension due to different legal provisions, the MIO / PIO Institute stated.

Citizens were therefore forced to pursue more procedures, which ultimately resulted in longer waiting for retirement and higher costs. The way to deal with such situations has been agreed by signing of the Protocol, which will save citizens additional procedures and costs and waiting time for their pensions will be shorter, it is said in a statement.