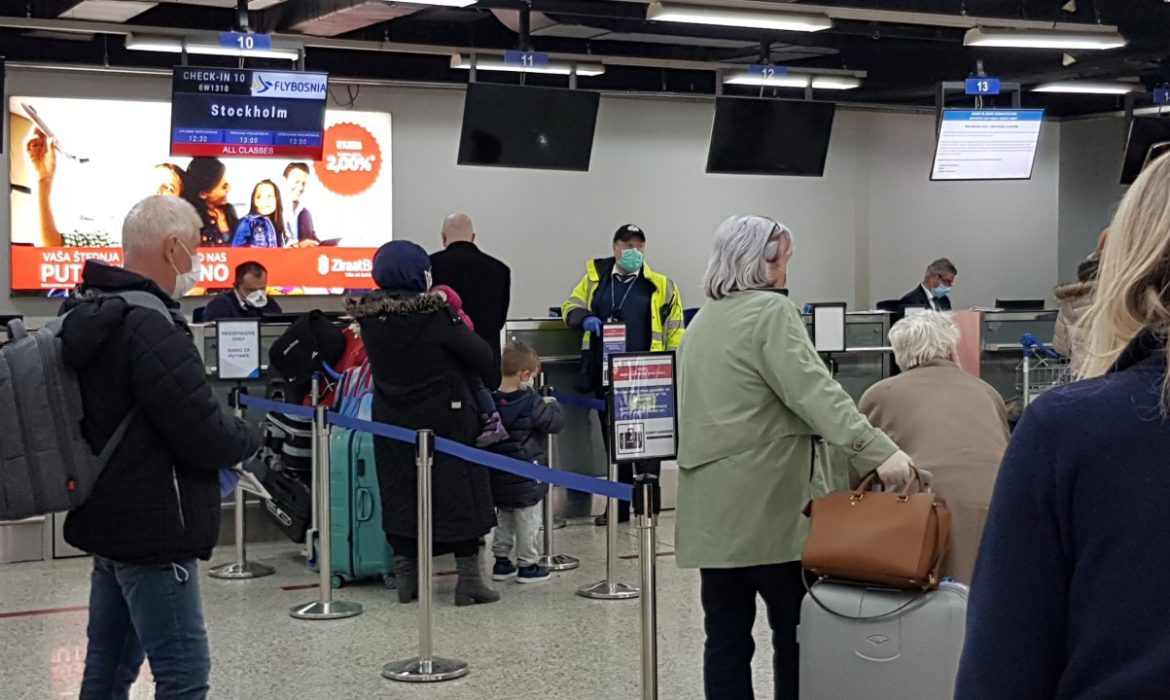 Sarajevo International Airport has once again shown its significance in crisis situations. With the delivery of goods and medicines that take place daily and after the temporary closure of operations for civilian traffic, the Sarajevo Airport continues to play a significant role in bringing BiH citizens back to their families, the Sarajevo International Airport stated.

Following the arrival of BiH citizens from Italy, another extraordinary flight was organized from the Sarajevo International Airport. At 13.00, FlyBosnia flight to Stockholm with 138 passengers, including six babies, departed from the Sarajevo Airport. According to the information provided by the Swedish Embassy in Sarajevo, these are mainly citizens of Sweden and other Nordic countries, that is, persons with a right of residence in those countries, it is said in a statement.