Home BiH Podžić: Good and sincere cooperation between MoDs of BiH and Croatia

Podžić: Good and sincere cooperation between MoDs of BiH and Croatia 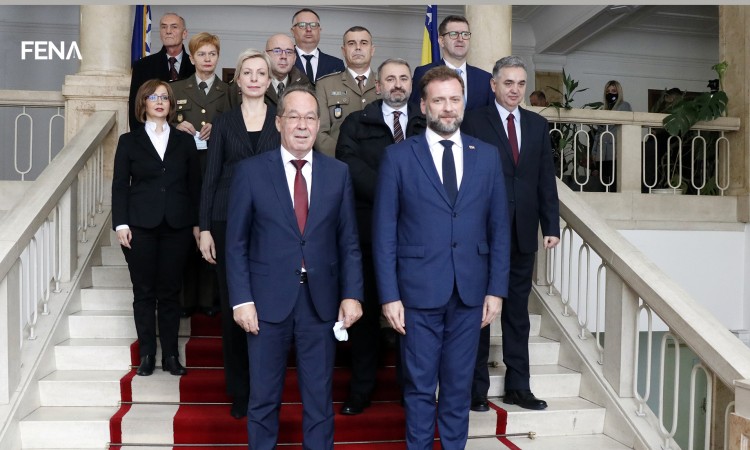 SARAJEVO, November 30 (FENA) – At today’s meeting of the Ministers of Defense of BiH and the Republic of Croatia, Sifet Podžić and Mario Banožić, it was emphasized that bilateral cooperation is becoming stronger. This primarily refers to the education of members of the AFBiH at military academies in the Republic of Croatia, then assistance in crisis situations, as well as the promotion of BiH in achieving two foreign policy goals – full membership of BiH in the EU and NATO.

At the press conference, Podžić said that this was their third meeting this year, and that it was an opportunity to summarize what the two ministries “have achieved through bilateral cooperation this year, and to determine activities for the next year.”

“There are no problems between the two departments and we have really good, sincere cooperation, which primarily takes place in the education of our members at military academies in the Republic of Croatia. The Republic of Croatia also provides us with great assistance through our technical agreements in dealing with crises. I thank you once again for what they did this summer to put out the fires in BiH. We also thank you for everything that Croatia, as our good neighbor is doing to promote BiH in achieving our two foreign policy goals, which is full membership of BiH in the EU and NATO,” said Podžić.

His Croatian counterpart, Mario Banožić, said that the talks have resumed in October this year and that “bilateral cooperation is getting stronger with each conversation”.

“This can be manifested through the education of members of the AFBiH. So far, more than 600 members have been trained at our military academy in Zagreb, where we have participated in the work and training of not only cadets but also NCOs and officers who apply their knowledge in the AFBiH. At the moment, we have 46 of them, of which 36 are cadets, and the rest are non-commissioned officers,” said Banožić.

He emphasized that this year the Republic of Croatia provided assistance to BiH in extinguishing the fire in the areas of Kupres and Široki Brijeg, within the technical agreement for crisis management.

“I hope that there will be as few such interventions in the future as possible, but if they happen, you can always count on us,” said Banožić.

He underlined that the Republic of Croatia wholeheartedly supports BiH’s efforts on its path to Euro-Atlantic integration.