Home BiH Poirel: Implementation of Sejdić-Finci judgment is in the best interest of BiH

Poirel: Implementation of Sejdić-Finci judgment is in the best interest of BiH 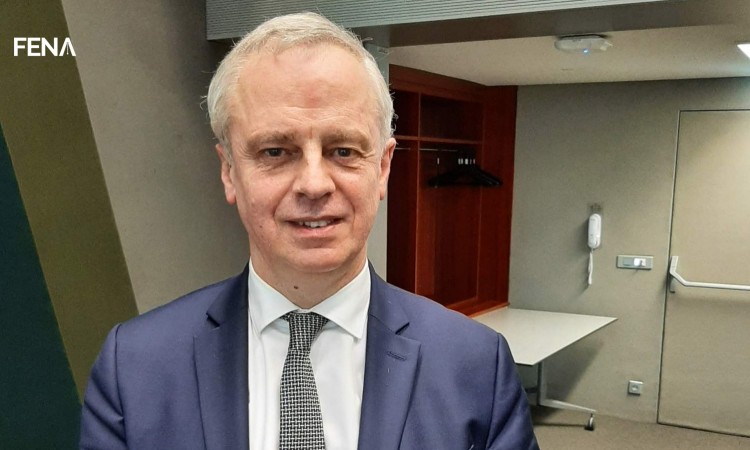 STRASBOURG/SARAJEVO, February 21 (FENA) – Bosnia and Herzegovina must understand that it is in its best interest, and in the interest of its people, to implement the Sejdić-Finci judgment of the European Court of Human Rights, said Christophe Poirel, Head of the Council of Europe’s Human Rights Directorate in an interview with FENA.

Poirel was on a five-day virtual visit to Bosnia and Herzegovina, which had to be held in this format due to restrictions caused by the coronavirus pandemic. During that period, he met with domestic and international officials, and the focus of the talks was the implementation of the Sejdić-Finci judgment.

Asked to rate the talks he had, Poirel said the discussions were successful and that he got informed of the steps being taken towards the implementation of the judgment.

“We have been informed that the establishment of an interdepartmental working group in the Parliament of Bosnia and Herzegovina is underway. We hope that it will be formed soon and that the group will start working on the necessary reforms. I must say that all interlocutors were optimistic and recognize that BiH is obliged to implement the judgment,”  Poirel.

He stressed that his interlocutors told him that “unfortunately, there is still no consensus on this issue.”

He noted that he hopes that the reforms would be completed by the end of this year, that is, before the 2022 general elections.

The main obstacle to enforcing the judgment, Poirel said, is the post-war constitutional framework. He reminded that the war ended many years ago and that it is time for Bosnia and Herzegovina to start looking towards the future, that is, to establish a system without discrimination.

“The solution we have now was supposed to be a temporary one. Bosnia and Herzegovina needs a different, more modern system. There are political leaders who are tied to this political system – the system of the three constituent peoples. It is very difficult for them to switch to a new system but they cannot hold on to the old one forever,” Poirel underlined.

Asked about the average time to enforce a European Court of Human Rights (ECHR) ruling, given that the Sejdić-Finci ruling has not been implemented for nearly 12 years, Poirel said the implementation of any ECHR ruling depends on a number of mechanisms.

“The Committee of Ministers of the Council of Europe is the decision-making body. They say any judgment should be enforced efficiently and quickly. The implementation of the judgment depends on complex issues. That can’t be done in a week or two. If you have politically sensitive issues, you need consensus, but I would emphasize that 12 years is not a satisfactory time period,” he said.

Asked about other areas of human rights issues that BiH needs to work on, Poirel said that he must first underline the progress that BiH has made “especially in terms of harmonizing BiH legislation with European standards, especially when it comes to the protection of human rights and the rule of law.”

“However, much remains to be done. You can have perfect legislation on paper, but if it is not implemented then it remains just that, a piece of legislation on paper alone. A lot needs to be done in the fight against discrimination, against corruption, mutual understanding of people, dialogue between people should be promoted, etc.,” said Poirel.

He added that the focus must be on improving the judiciary and the independence of judicial institutions because they should serve the citizens and their purpose is to create a good environment for the people.

Given that there are many judgments that countries across Europe have failed to implement which clearly points to human rights violations, when asked if he believes that the European Court of Human Rights should have greater executive power, Poirel confirmed that there was talk about it.

“The sad reality is that we do not have a lot of tools and ways to enable faster execution of judgments. We can exert political pressure, which can be useful, but we need more efficient tools to promote the implementation of judgments. The committee of ministers discussed the issue several years ago. It was proposed to introduce financial sanctions, but no consensus was reached. So this is a limitation on the efficiency of the system, but regardless of that, we need to do everything in our power to make progress,” he said.

“We have been cooperating with different countries for years on a number of common issues. The problems that BiH has also exist in other countries. We have experience in solving these problems that we can share with BiH,” concluded the Head of the Human Rights Directorate in the Council of Europe Christophe Poirel in an interview with FENA.