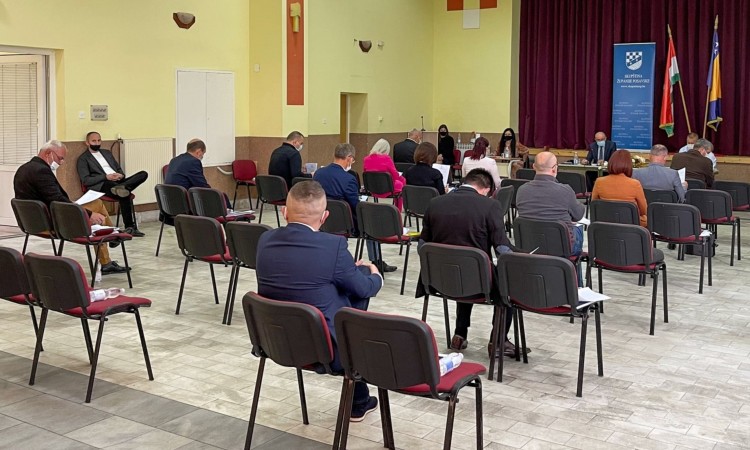 ORAŠJE, December 16 (FENA) – At today’s extraordinary session, the Assembly of the Posavina Canton unanimously adopted amendments to the cantonal Constitution, most of which relate to technical issues, but amendments to the constitutiveness, official languages and scripts in the area of that canton were also adopted.

These are the most important and comprehensive changes to the Cantonal Constitution. Since the establishment of the Posavina Canton in April 1996 and some minor changes in 1998 and 2000, significant changes will now be made.

The appeal was submitted to the Constitutional Court by the FBiH Prime Minister Fadil Novalić in 2017, demanding that the constitutiveness of Serbs, equal use of Latin and Cyrillic alphabet and the name Bosnian language be recognized in the three cantons where the majority Croat people live.

Osmanović said that the Posavina Canton expressed its determination and strength in turbulent times to support the amendments to the Constitution in order to establish the equality of all peoples and languages by the Constitution.

Minister of Justice of the Posavina Canton, Pero Radić, confirmed for FENA that 21 amendments were unanimously adopted today and that these are comprehensive changes to the Constitution.

“In addition to harmonizing the provisions of the Constitution with the Election Law, the Law on Immunity, the Law on the High Judicial and Prosecutorial Council and the Law on Courts, all obligations from the 2018 Constitutional Court ruling have been fulfilled,” Radić added.

These changes relate to harmonization in relation to the constitutiveness, official languages and letters in the Posavina Canton, and the minister says the revised Constitution will enter into force at midnight.

At that time, the assemblies of the three cantons were ordered to immediately, and no later than within six months from the day of the announcement of the judgment, adopt amendments to the constitutions in accordance with the amendments to the Constitution of the Federation of BiH.