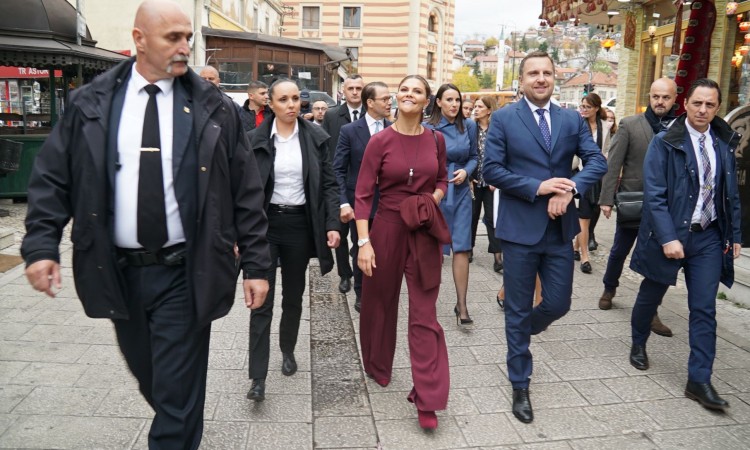 They visited the Cathedral of the Sacred Heart, the Gazi Husrev-bey’s Mosque, the Old Orthodox Church and the old Synagogue, which turned into the Museum of the Jews in BiH, as well as the City Hall.

The delegation was welcomed by representatives of these religious communities and introduced them to places of worship.

As pointed out earlier by the Swedish Embassy in BiH, the purpose of their visit to the center of Sarajevo is to become acquainted with multicultural nature of the history of Sarajevo and BiH but also of co-existence and acceptance of diversity which have become a central element of the city’s history.