Home BiH Radončić: BiH is yet to face the real dimension of the crisis in about 15 days

Radončić: BiH is yet to face the real dimension of the crisis in about 15 days 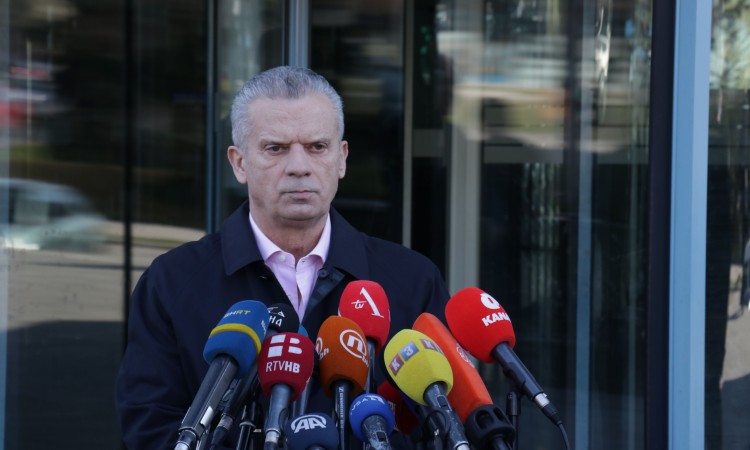 SARAJEVO, March 18 (FENA) – The BiH Security Minister Fahrudin Radončić said in Sarajevo today that, according to experts, the true dimension of the coronavirus crisis will only be visible in about 15 days.

After the session of the BiH Coordination Body for Protection and Rescue, which he chairs, Radončić said he feared the number of infected in BiH would be as high as in other countries, with a mortality rate that would be difficult to assess at this point.

He pointed out that the cases of the Mostar hospital and the border guard who received a bribe to let in the passengers in BiH, were tragic mistakes whose consequences we are yet to see, and he welcomed the response of the prosecution in both cases.

“I urge citizens to reduce their social engagements and move less to reduce the possibility of infection to a minimum,” said Radončić.

He announced that there would be meetings with representatives of BiH pharmaceutical companies to discuss the increase in the production of protective masks and other equipment and that the law would be proposed to the Council of Ministers because the procedures for entry and exit from BiH must be tightened.

“The public should know that we are facing an enemy that is invisible but very deadly, without wanting to create panic, because experts point out that no one has the right to think that this situation does not concern them,” warned Radončić.

He added that he would propose to the Council of Ministers to suspend rail passenger traffic while cargo would be allowed and to demand that a state prison that is almost ready for use be turned into an isolation ward, and possibly some military barracks as well.

“We want to discourage anyone who intends to enter BiH because they will have to spend 14 days in a tent quarantine in the worst possible conditions since we do not have time or financial and human resources for irresponsible people who are now trying to return to the country,” said Radončić.

He stressed that the special priority is the removal of migrants from the streets and the restriction of their movement.

He explained that this is the latest technology that allows testing of about 100 patients a day.