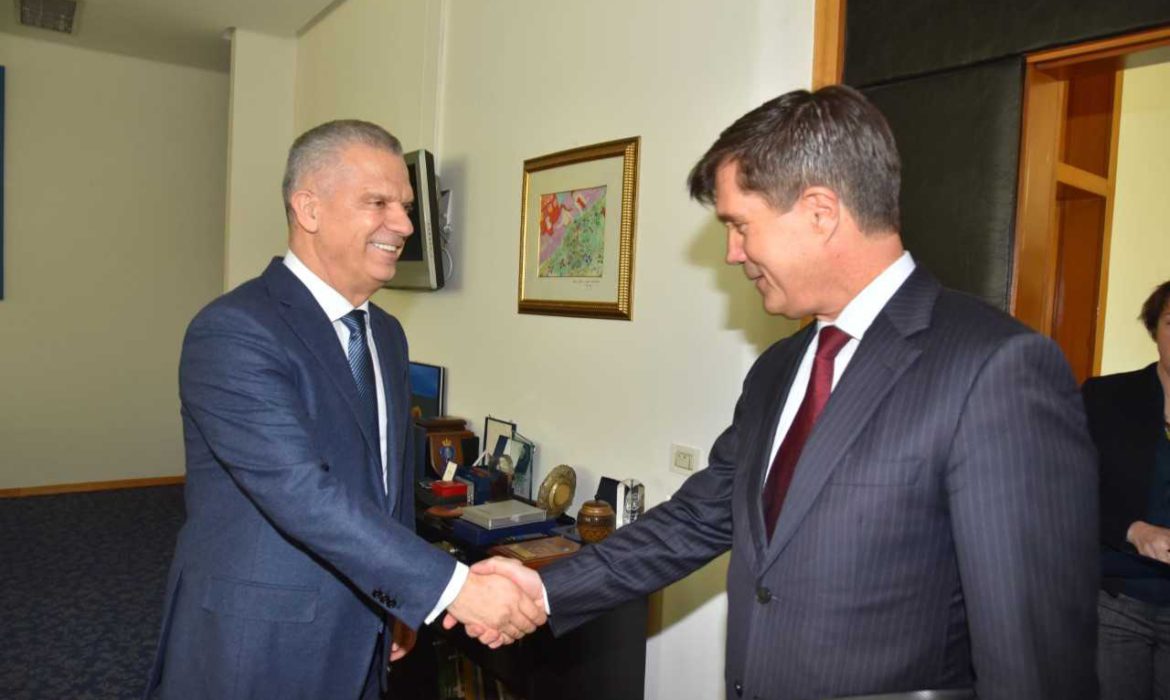 SARAJEVO, January 13 (FENA) – BiH Minister of Security Fahrudin Radončić and US Ambassador to BiH Eric Nelson met today and discussed the security situation and cooperation in this extremely important area for both countries.

During an open and very informative meeting, Minister Radončić and Ambassador Nelson discussed the key challenges and expressed a mutual commitment to continue cooperation and partnerships between BiH and the US.

They focused specifically on the issue of the return of BiH nationals who went to Syria as foreign warriors often taking their families with them.

Minister Radončić stated that the fight against radicalism and terrorism remains an important priority of the Ministry of Security and police agencies in BiH.

Also, they discussed the fight against trafficking in human beings, amendments to the Criminal Code and the improvement of provisions relating to more successful fight against terrorism, the Agreement on the system of automatic identification of passengers entering the country and personnel strengthening of the SIPA counter-terrorism unit.

The topics of the meeting were also reforms that will contribute to faster economic development of BiH, as well as implementation of obligations from the BiH Reform Program, especially items related to the rule of law and fight against corruption, the BiH Ministry of Security announced.