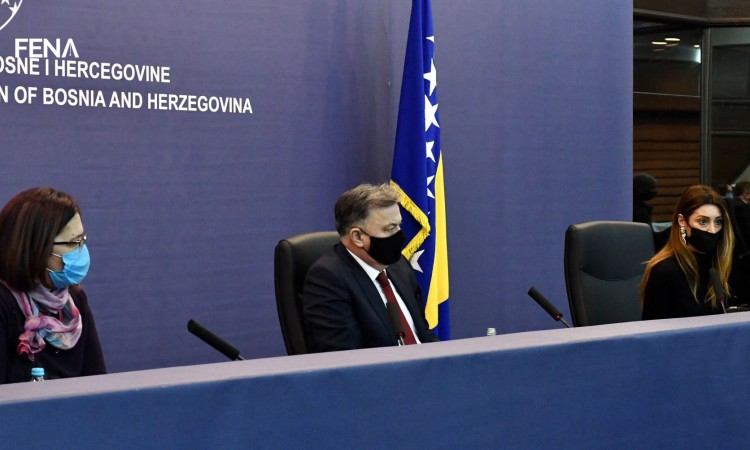 SARAJEVO, February 1 (FENA) – The analysis of needs and obstacles to encouraging the development of women’s entrepreneurship in FBiH showed a positive trend in the establishment of small and medium enterprises, but also an increased trend of young women dropping out of education.

The presentation of the results of the project “Empowered Women for Strong Communities / Support to a Stimulating Environment for the Development of Women’s Entrepreneurship in FBiH” was held today in Sarajevo and it was pointed out that clubs for support of women’s entrepreneurship have been established, and elementary and high school students are educated on entrepreneurship and gender equality.

FBiH Minister of Development, Entrepreneurship and Crafts Amir Zukić pointed out that through the project they tried to create preconditions for a systematic approach to supporting women’s entrepreneurship, especially young women.

“Through the projects that we regularly implement, women have preferential treatment, and in this way, we will create preconditions for it to become continuous,” said Zukić.

The representative of the Office for Gender Equality of the FBiH Government, Lejla Hodović, stated that they focus on women’s entrepreneurship due to the very low activity rate of women in the labor market of 25 percent, compared to men, where it is 40 percent.

President of the Association of Business Women in BiH, Aida Zubčević, explained that this is only the end of the first phase of the project and that they have already set goals for the next period.

The project was funded by the FBiH Gender Center from the FIGAP II Program and is implemented by the Association of Business Women in BiH in partnership with local governments.