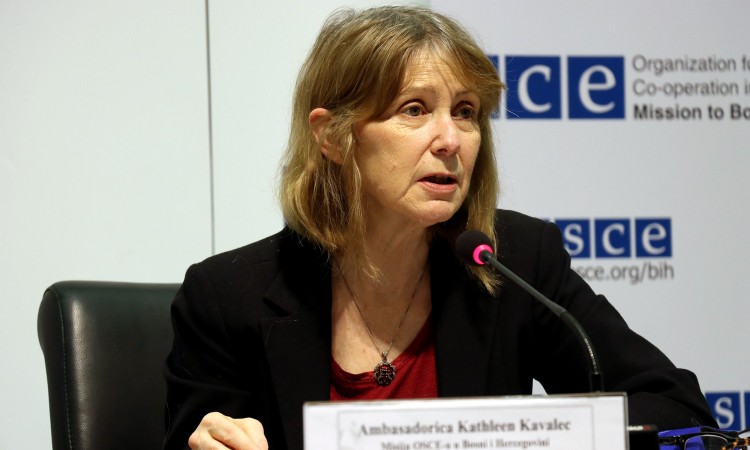 VIENNA/SARAJEVO, 24 September (FENA) – OSCE Representative on Freedom of the Media Teresa Ribeiro and Head of the OSCE Mission to Bosnia and Herzegovina (BiH) Kathleen Kavalec condemned today a targeted online hate campaign against several media professionals in BiH, urging the authorities to take effective measures to investigate and prosecute the perpetrators in accordance with the law.

According to the BH Journalists Association (BHN), there has been an increase in hateful, aggressive and nationalistic commentary against journalists in the country via online platforms over the past few days. Those specifically targeted include Secretary General of BHN Borka Rudić, N1 TV chief editor and journalist, Amir Zukić and Nikola Vučić, and journalism professor of the School of Political Sciences of University of Sarajevo Lejla Turčilo.

“Deliberate manifestations of hateful and aggressive speech against media professionals in retaliation of their work have a chilling effect – not only on their ability to serve the public in democratic society, but also on their physical safety as such online violence can increase the risk of further threats and violence against journalists,” said Ribeiro.

She added that the authorities must apply all available legal avenues to swiftly and effectively investigate and prosecute the perpetrators as well as combat hate speech online, to ensure a safe environment for the media in the country.

“I am alarmed by the latest example of intimidation and threats towards public figures in BiH. The widespread smear campaign against prof. Lejla Turčilo, Borka Rudić, Nikola Vučić, Amir Zukić and others threatens their safety. I strongly urge the authorities to comply with its OSCE commitments and enable journalists and freedom of expression advocates to work in an environment free from intimidation,” said Kavalec, announced the OSCE Mission in BiH.