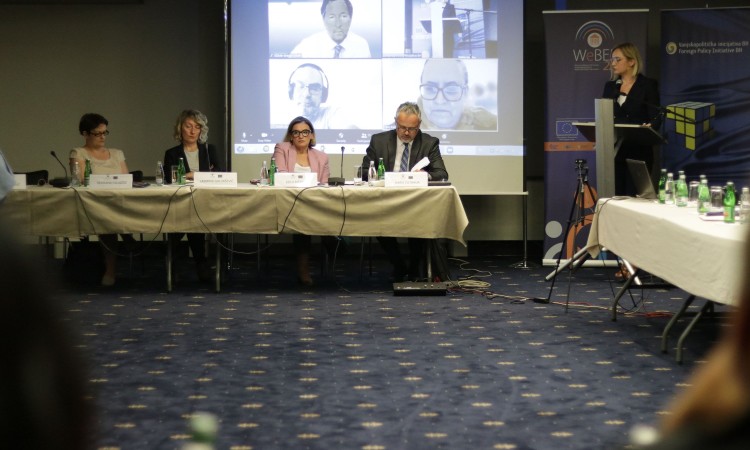 SARAJEVO, June 17 (FENA) – Public administration reform is one of the preconditions for successful integration of Bosnia and Herzegovina into the European Union, but it is also an obligation under the Stabilization and Association Agreement and facilitates the implementation of necessary reforms for EU membership and provides an effective discussion on that process, said today in Sarajevo Director of the Foreign Policy Initiative BH Anida Šabanović presenting the Monitoring Report for Public Administration Reform in Bosnia and Herzegovina 2019/2020.

Šabanović emphasized that from December 2019 until December 2022, Foreign Policy Initiative BH, in cooperation with partners from the Think for Europe (TEN) Network and with the support of the Brussels-based European Policy Center (EPC), is implementing the project Western Balkans Civil Society Empowerent for a Reformed Public Administration (WeBER 2.0) committed to strengthening of participatory democracy through greater engagement of civil society in the development and implementation of public administration reforms in the Western Balkans.

She pointed out that the project is being implemented with the support of the European Commission, and relies on the first WEBER, which was implemented from 2015 until 2018. The aim of the project, she added, is to strengthen the position of civil society organizations in creating public policies at national and regional level and to enhance their controlling and consultative role.

By enabling civil society organizations to participate in a constructive dialogue dedicated to reforms, Šabanović added that WeBER 2.0 project contributes to the overall EU accession processes of Western Balkan countries.

“One of the primary preconditions for EU membership is the competence of administrative capacities for the adoption and implementation of the basic EU legislation, the Acquis Communautaire,” she said.