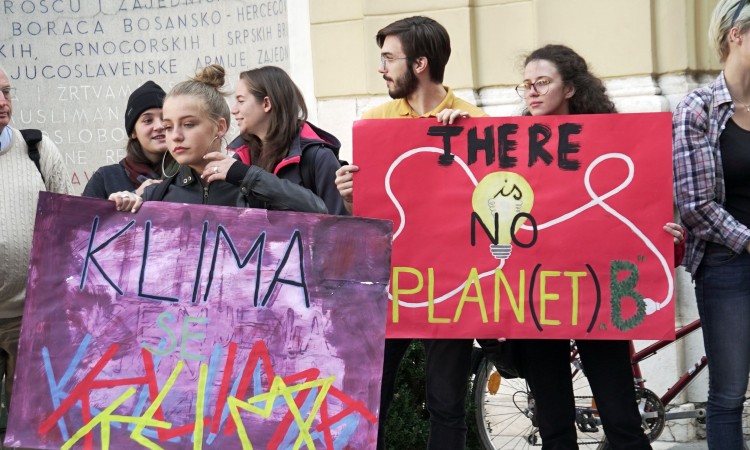 SARAJEVO, September 20 (FENA) – A global strike against climate change was also marked in Sarajevo at the Eternal Flame Memorial, organized by the non-governmental organization Save the Children, and young activists who urged the closure of thermal and hydropower plants and advocated the use of renewable energy sources in order to save the life on the planet for future generations.

The climate crisis is the biggest challenge today, and a serious threat to children and their rights, so the youth of Sarajevo have decided to join a global student strike, inspired by 16-year-old Greta Thunberg, who said, “Our house is on fire – let’s act like it.”

The “Climate Save Bosnia” campaign manager Maida Šabeta says the goal of the gathering is to raise awareness of climate change that has affected the entire world, including BiH.

“The goal of the global strike led by Greta Thunberg is to demand a declaration of a state of emergency, the climate crisis,” said Šabeta.

She recalled that a new law on environmental protection in BiH has been pending for seven years and is still on hold to be passed.

The young people sent out messages on their banners, “Young people have no future when the world has no future,” “While our parents will die of old age, our children will die of climate change.”

The week of the global climate strike coincides with the UN climate change summit being held in New York on September 23.