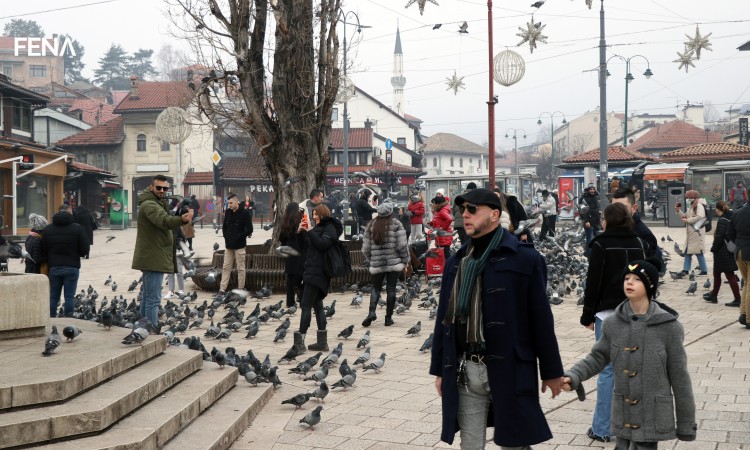 SARAJEVO, January 1 (FENA) – The first day of 2022 in Sarajevo, after a quiet morning, began with liveliness at least in the very center of the city.

The traffic also got heavier on the central streets.

On the music stage near the downtown marketplace, a music program started around noon.

There were many visitors in the Ferhadija pedestrian zone, including tourists; nearby bars were open, and some shops as well.

Although there was no organized New Year’s Eve outdoors celebration in the capital of Bosnia and Herzegovina, in the first hours of the evening, the streets in the center, bars and shops were extremely lively.

On New Year’s Eve, the police did not have significant interventions, and the medical services also did not have much to do, except for the usual interventions due to the problems of chronic patients and the occasional case of poisoning caused by excessive alcohol consumption.

Firefighters had five minor interventions during the night.