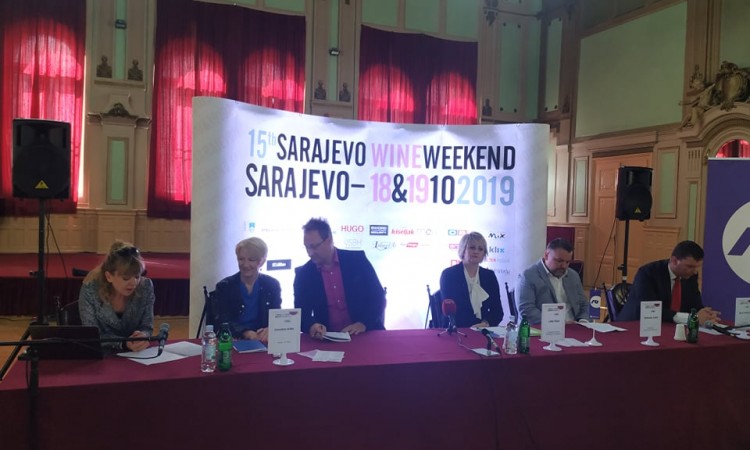 Festival guest Caroline Gilby, one of the world’s top 400 Master of Wine and a freelance writer to magazine Decanter, the world’s most important wine magazine, said at a press conference today that she visited some of the wine producers in Herzegovina and that they do not lag behind winemakers from countries where the culture of wine production is far more developed and represented.

The president of the Association of Sommeliers in BiH, Vjekoslav Lukić, stressed the importance of holding a wine festival in BiH, which, he said, had outgrown local frameworks and became an international event among wine professionals.

Novelty of Sarajevo Wine Weekend are non-refundable glasses of the world’s most renowned glassware maker for wine art, Riedel, which will be used as tickets.