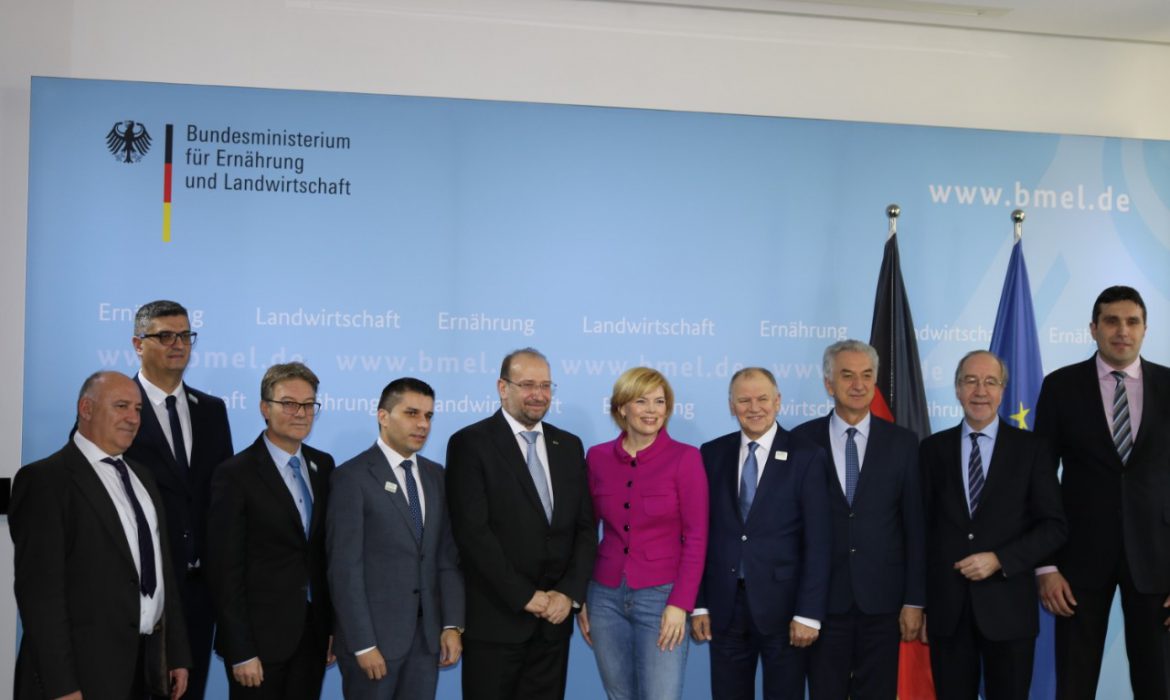 BERLIN/SARAJEVO, January 21 (FENA) – Kosovo’s introduction of customs barriers on goods from BiH and Serbia has not only impeded trade, but also the stability of the region, because such reckless political moves by the Kosovo authorities have led to disintegration processes and a lagging in progress in general, said Minister of Foreign Trade and Economic Relations of BiH Mirko Šarović at a meeting with the ministers responsible for agriculture and trade of the countries of Southeast Europe, held today in Berlin.

Šarović met with German Agriculture and Food Minister Julia Klöckner and European Commissioner Vytenis Andriukaitis, where it was emphasized that the unilaterally imposed trade barriers between the CEFTA countries must be abolished immediately, in order not to impede the achieved progress, integration and development in the region of Southeast Europe.

Minister Šarović pointed out that free and fair trade is a fundamental issue for the region, and that this issue is far more than just an economic issue for all countries of the Western Balkans.

“Removing the customs tariffs in trade and promoting cooperation and strengthening ties between the countries of the Western Balkans means promotion and acceleration of the economic growth and development of the society as a whole, and this process has no alternative,” said Šarović.