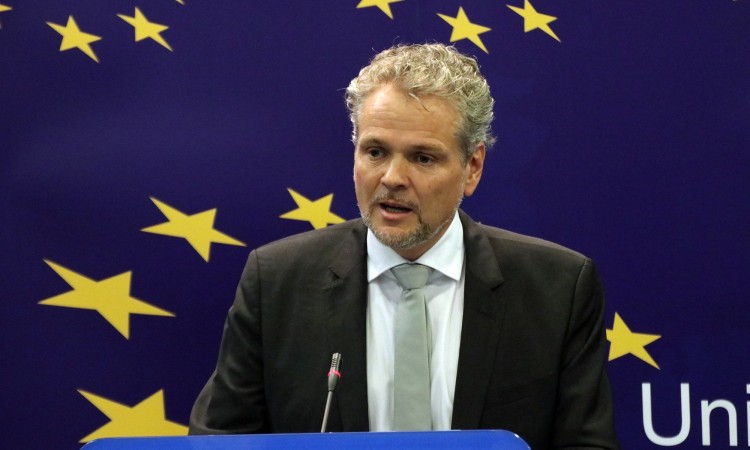 SARAJEVO, September 19 (FENA) – New Head of the EU Delegation to Bosnia and Herzegovina and EU Special Representative in BiH, Johann Sattler, said today at his first press conference after taking office, that one of the first things from the BiH institutions he expects to see is the development of an action plan for the implementation of the measures and recommendations of the European Commission Opinion.

“That would send a clear message to the European Union that there is a commitment on the part of Bosnia and Herzegovina to move forward,” Sattler said.

He announced that he would talk about key issues in Bosnia and Herzegovina, including the rule of law and the judiciary, which he said is a fundamental issue because “when a country starts negotiations for EU accession, it must have a functioning judiciary and every citizen must have access to court and a guarantee that the trial will be completed within a reasonable time, not to last indefinitely.”

“The second question is socioeconomic – part of the job that is close to my heart because these are issues that affect ordinary people. It is about helping the private sector, creating new jobs, making BiH more attractive to investments. Despite all the positive things, it is difficult to start a business here and get the necessary licenses. Much has been done in recent years, but now we need to put efforts in order to address these issues,” Sattler said.

He also thinks public administration reform is an important issue because BiH citizens are paying a lot to the state budget and expect to receive something in return, such as good health care system for example.

“It’s time for all of us to get down to work. BiH has the potential to join the EU. It depends on how quickly and efficiently your authorities will perform the activities. I and my team will be there to help you move forward,” Sattler stated.

Based on his experience so far, he is convinced that changes can be made in BiH and that those in charge must come out of the vicious circle because the country needs community and not divisions.

“It is up to your leadership to reduce the rhetoric of divisions,” concluded Head of the Delegation of the European Union to Bosnia and Herzegovina and EU Special Representative to BiH Johann Sattler.