Sattler: BiH should learn from best practices of countries with similar systems 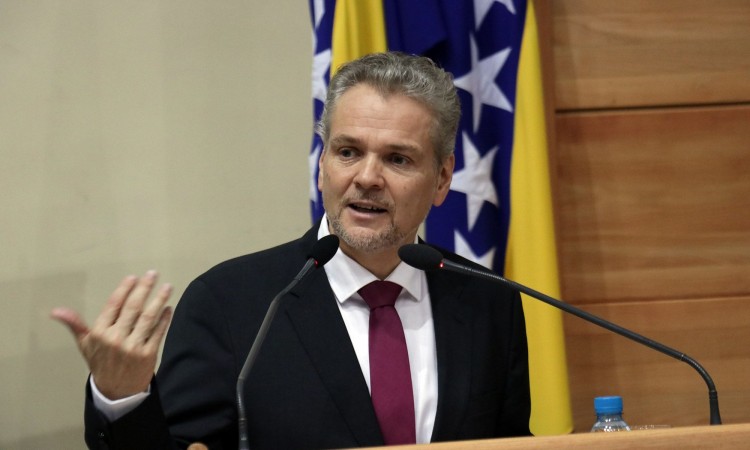 SARAJEVO, November 28 (FENA) – Head of the EU Delegation to Bosnia and Herzegovina Ambassador Johann Sattler said the EU promotes unity and diversity and that BiH should learn from the best practices of countries with similar political systems, such as Belgium.

He said this at a seminar “Transposition of EU Legislation in Belgium and BiH” organized today in Sarajevo at the initiative of the Ministry of Foreign Affairs of the Kingdom of Belgium and the Directorate for European Integration of BiH in cooperation with the EU Delegation to BiH.

Sattler added that in order for the system to work, it is important that there is a certain level of trust and pragmatism and that it is very important for BiH to have goodwill because without it nothing can be achieved.

Director of the Directorate for European Integration of BiH Edin Dilberović believes that Belgium generally has the best experience in transposing the acquis into its legislation, and that seminar participants will share their experiences today on the subject.

He stressed that since the signing of the Stabilization and Association Agreement in 2008, BiH has an obligation to transpose European legislation in all regulations, and announced that the Directorate will adopt an integration plan in the forthcoming period, which will specify which institution at which time adopts legal regulations.

“That way everyone will get same conditions, which is especially important for BiH producers who want to export to the European market,” Dilberović concluded.

Head of the Diplomatic Bureau of Belgium in Sarajevo, William Asselborn, said that there are many similarities between BiH and Belgium and that Belgium has a very efficient system of transposition of EU directives.

He pointed out that the seminar was attended by representatives of all three Belgian regions, the Walloon region, Flemish region and the Brussels Capital Region, which would explain the way the EU census was implemented in those regions, which also need to be implemented at the national level.