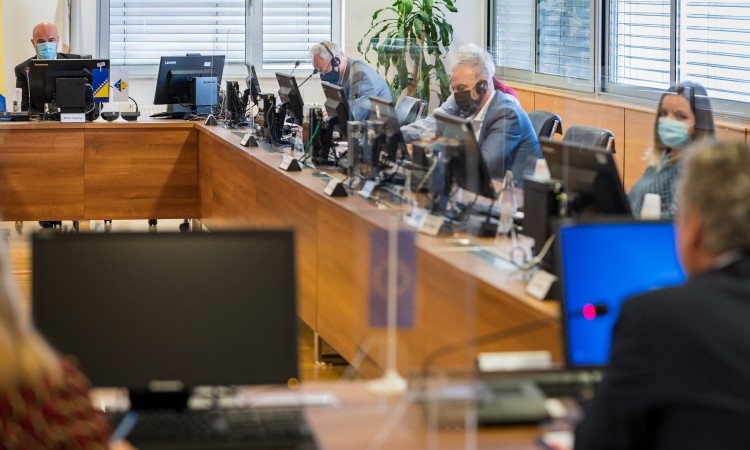 SARAJEVO, October 28 (FENA) – Following the release by the European Commission of the 2020 Enlargement Package and the Report on BiH, the Head of the EU Delegation to BiH and EU Special Representative Ambassador Johann Sattler today presented the main conclusions on Rule of Law to the High Judicial and Prosecutorial Council of BiH (HJPC).

While acknowledging the longstanding relationship between the EU and the HJPC, thanks notably to the EU’s financial and technical assistance since 2004, Ambassador Sattler highlighted disappointment with the lack of progress in the reporting period, particularly related to the judiciary.

“We just do not see enough reform for our investments!” Ambassador Sattler said, announced the EU Delegation to BiH.

Ambassador Sattler called upon the Council members to urgently address the current situation, in particular to regain the public’s trust in the judiciary and to ensure its integrity, independence and accountability.

He noted that these aspects are not sufficiently anchored in the BiH judiciary.

“This must change,” stressed the Ambassador.

He also stressed that the Report is very clear about the urgent need to implement a robust and independent system of integrity checks for all judicial office holders.

In order to meet the expectations of citizens, such checks should be complemented by external scrutiny.

To allow for these changes to take place, the Law on the HJPC needs to be amended urgently. Any delays in this regard will only harm the country on its EU path. But aside from these legislative reforms, the HJPC members need to work proactively and lead by example, it is said in the statement.

In this context, Ambassador Sattler reiterated the words of Mr Priebe, who called for a “shift in judicial culture”. It is high time to initiate this shift. The first step in this direction is establishing a professional and sustainable Integrity Unit within the HJPC Secretariat, to which the Council has committed itself.

The Ambassador thanked the Council for swiftly responding to the concerns of the Central Election Commission by adopting instructions about the prioritization of election fraud cases during the forthcoming electoral period.

This is a sign of problem-awareness that the Council needs to show more often to the public, said Sattler.