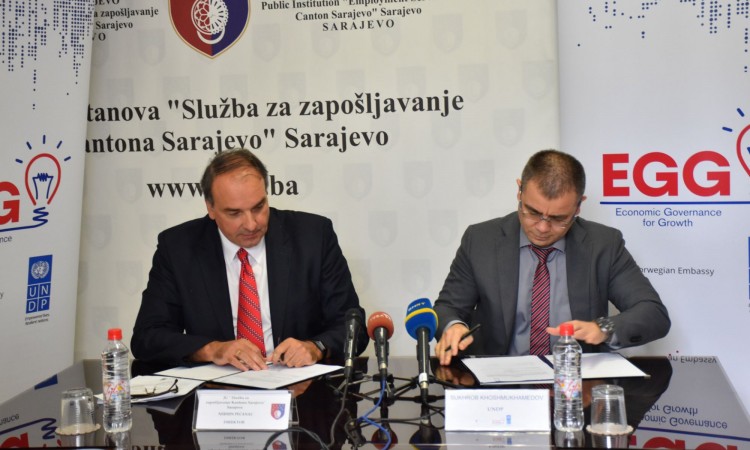 The memorandum formalized a concerted effort to support young entrepreneurs in Sarajevo Canton, part of the activities supported by the Norwegian Government’s Better Management for Faster Economic Growth (EGG) project.

Khoshmukhamedov stated that the first activity in line with the signed memorandum would be to support about 80 young entrepreneurs in Sarajevo Canton who will undergo specialized seminars.

“Top 55 participants of the seminar will receive financial support of about 15,000 KM for starting a business,” said Khoshmukhamedov.

Pećanac stated that the SC Employment Service would co-finance a portion of the salary of these young entrepreneurs with 600 KM per month for 12 months, for which 396,000 KM was secured.

“All supported companies will receive mentoring and expert advisory assistance during the first year,” Pećanac added.

The total value of the grant scheme is 1.4 million KM.