Home BiH Scanlan: Reform must be comprehensive if Brčko District is to be prosperous

Scanlan: Reform must be comprehensive if Brčko District is to be prosperous 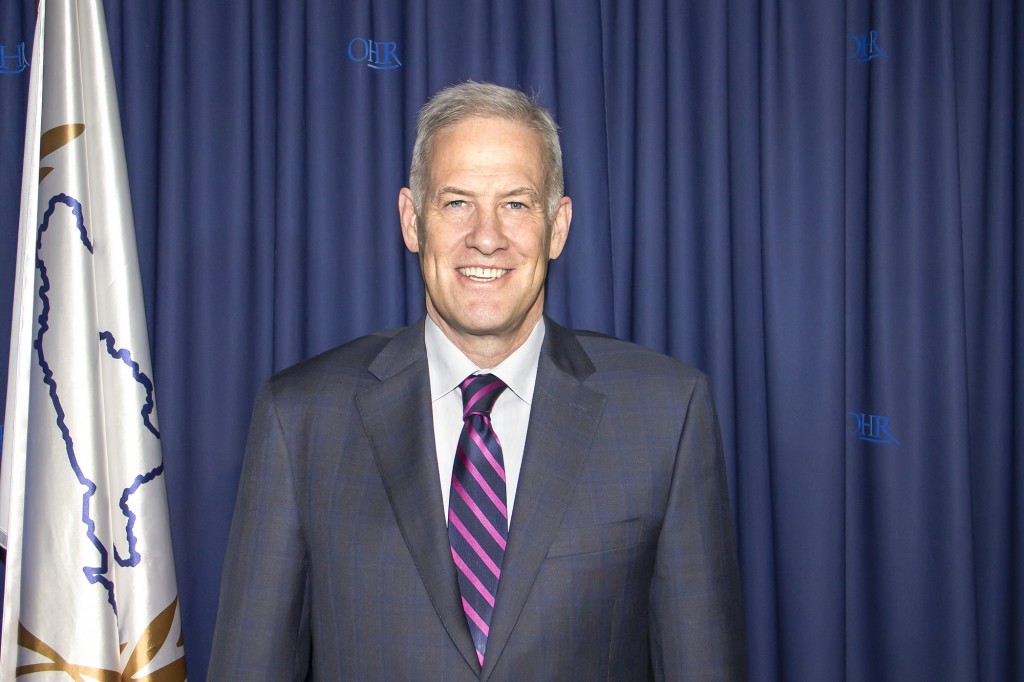 He said that this will reduce the carbon footprint of the community while also resulting in lower utility charges that will free-up public funds to address other needs of the District. If the authorities submit the relevant assessment in July, and use the budget rebalance wisely, the retrofitting of two public buildings can begin this September, OHR announced.

Last week, the long-awaited project to modernise the facilities and crane at the Brčko Port, as well as optimise the road and railway access to the port, was launched. The project, funded by the EBRD and the EU, will bring concrete benefits to the local community and to the entire country, added the Supervisor.

Renovation work in the port should be visible in September.

If the government moves quickly, this September the residents of Brčko will also see work begin on the business zone in Brod. This is an output of the public-private Brčko – “Studen & Co Holding” initiative to make the District a more appealing environment in which to invest and grow the private sector by ensuring transparent permitting processes, a service-oriented public administration, and quality infrastructure, OHR stated.

“However, none of these reforms in and of themselves ensure the prosperity of Brčko District. Prosperity requires rapid progress across the board on initiatives that promote good governance, infrastructure development, and the growth of the private sector.

“This September, we will see if this is to be the case, including with the draft legislation that OSCE Ambassador Kavalec and I referenced in our respective press releases earlier this month. I will visit the District every two weeks to assess the progress on these initiatives,” added the Supervisor.

The Supervisor noted that the governing institutions gain their trust from the people based on the confidence the people have in the elections, and in the laws that guide their officials in their governance of the community. Brčko District is no different.

In that context, the Supervisor underscored the importance of cleaning up the voter registry. It stands to reason that a community’s voter list cannot exceed the census of its population, especially keeping in mind that 10-15% of the population are minors, the Supervisor added.

As for the laws guiding governance, there is no more important law needed then an EU-standard law on conflict of interest. The OHR, OSCE and the EU stand ready to assist a Brčko government working group to move quickly on this front as it should be one of the first laws adopted by the newly elected District Assembly.

Holding a position in the Assembly or the Government is an opportunity to serve the community, and the law must be clear that those are the only interests that can guide actions of officials, including containing penalties if the public trust is violated. It is hard to imagine that anyone running for public office would not support this, concluded the Supervisor.