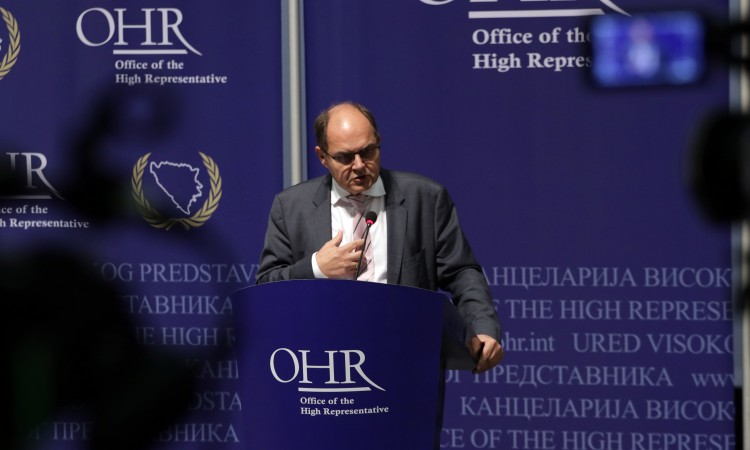 “I strongly condemn the acts adopted by the RSNA on Friday, December 10, 2021. The adopted conclusions oblige the RS authorities to take concrete legislative and other actions that would violate the GFAP.

The radical political activities and rhetoric of the last several days threaten stability in Bosnia and Herzegovina and undermine the perspectives of all citizens including in Republika Srpska,” said Schmidt.

He underlined that leadership requires rationality and preparedness for constructive dialogue. This is what democracy is about and what is needed for the Dayton institutions to work in everyone’s interest.

“I call for full respect for the General Framework Agreement. All parties must work within this framework to reach legal decisions in the spirit of compromise.

The citizens of Bosnia and Herzegovina want a peaceful and prosperous future. I am ready to contribute to this objective in a determined and responsible way. Dialogue is preferable to any other course of action,” concluded Schmidt.