Home BiH SDA: There will be no territorial reorganization or more ethnic divisions, elections must be held

SDA: There will be no territorial reorganization or more ethnic divisions, elections must be held 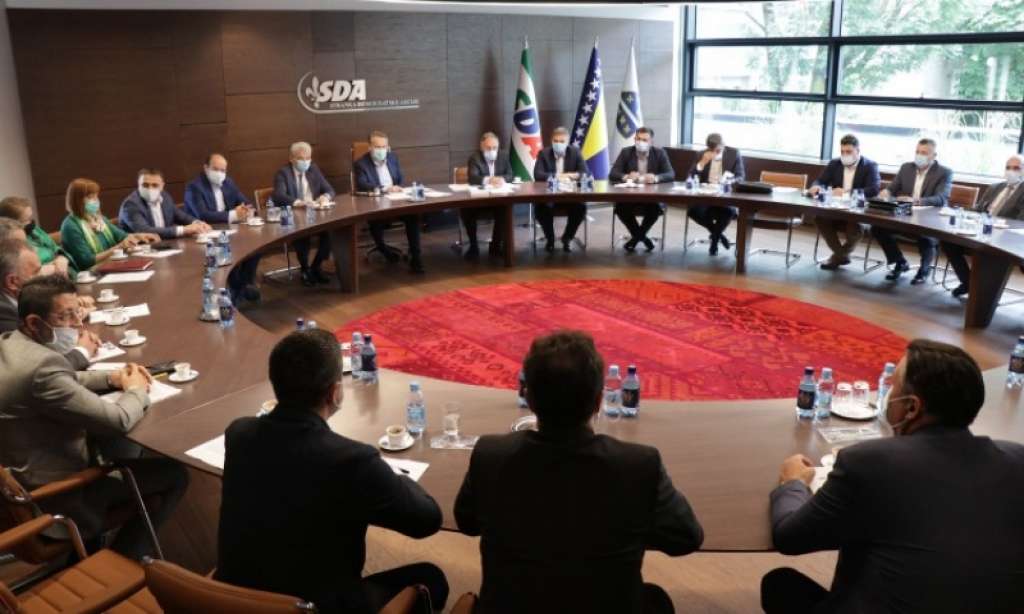 SARAJEVO, February 20 (FENA) – The Party of Democratic Action (SDA) assessed the conclusions of the Croat People’s Assembly (HNS) adopted at the session in Mostar on Saturday as unacceptable and believes that they will not contribute to relaxing of relations in the Federation of BiH.

In its reaction, the SDA stated that the HNS conclusions contain threats of territorial reorganization, arbitrary and incorrect assessments and interpretations of the Constitution and laws, and narrow the space for talks on constitutional reform and changes in electoral legislation.

“There will be no “territorial reorganization” and additional ethnic divisions, nor will the SDA ever agree to that. There is no legal or political basis for this. Adventurers who dream of rebuilding the statelet of ‘Herceg-Bosna’ or forming a “third entity” should keep in mind the Hague judgments for the joint criminal enterprise, as well as the fate of “self-government” led by Ante Jelavić, the SDA said.

Also, the SDA believes that the HNS’s claim that there are no constitutional and legal preconditions for holding elections, and that the Central Election Commission was unlawfully elected, are utterly unfounded.

“The HNS cannot take over the role of the Constitutional Court and other competent courts, so they can make their own conclusions about what is and what is not constitutional and lawful. There are institutions that are responsible for such interpretations. The parties gathered around the HDZ have the right to boycott the elections, that is their political decision. However, no one has the right – just because they have not achieved their political goal – to block and prevent the holding of the elections, because it is against the law,” the SDA points out.

They add that the SDA has always shown readiness to discuss all the important political issues and strived to reach compromise and balanced solutions in the interest of the state of BiH and all its citizens, but that it will never accept unprincipled pressures, blackmail or threats.

“The policy of the SDA will not be particularly affected by the threats and insults that the President of Croatia, Zoran Milanović, utters against BiH on a daily basis. He has little to no influence on what is happening in Croatia, and he will have absolutely no influence over what happens in BiH,” stated the SDA.