Home BiH Strik and Koster: BiH is in a deep political crisis

Strik and Koster: BiH is in a deep political crisis 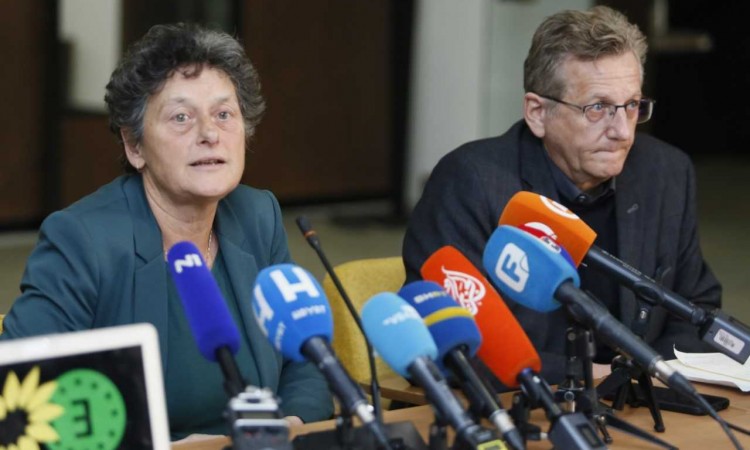 SARAJEVO, November 14 (FENA) – European parliamentarians Tineke Strik and Dietmar Koster warned that Bosnia and Herzegovina is in a deep political crisis, that they understand that the local population is disappointed in the overall engagement of the European Union, and announce that they will discuss the situation in BiH in Brussels next week.

At the press conference, Strik said that, after her stay in Sarajevo, she was even more convinced that the EU must be much stronger in response to Milorad Dodik’s statements and moves. He thinks it is high time for the EU to take a firmer stance.

“Next week in Brussels we will have a session of the Foreign Affairs Council where one of the topics will be Bosnia and Herzegovina. I hope that we will be able to secure the necessary support and majority for targeted sanctions against Dodik and all those who support such behavior. We have instruments and red lines that must not be crossed. It is high time to show that we will have a strong response to anyone who crosses those lines,” she emphasized.

In her opinion, the red line has already been crossed by the decision to form the entity medicines agency. If it is not done then ‘it should be done at the moment when all regulations concerning the armed forces, tax authorities and the judiciary are adopted.’

When she spoke about the blockade of the state institutions, she pointed out that “Dodik is certainly not the only one in this story.”

“More decisive actions, showing readiness can provide the necessary pressure on everyone to return to the table and work on finding a solution,” she said.

She noticed, she says, that a stronger engagement is important for restoring the trust of the local society in the European Union, which can provide them with help and support at various levels.

Dietmar Koster believes that the European Union should take a clear and unambiguous position on who is the real culprit for the current political crisis.

“The culprits are, I think, clearly known to everyone. It is the political elite in Republika Srpska and Milorad Dodik. It is high time we finally talked about sanctions as well. I am in favor of targeted sanctions against those who block the work of the state institutions, it is a red line that has been crossed and it must be responded to more strongly. It is important to support the democracy and development of BiH, to clearly show that secession is not an option,” he said.

He says that the sanctions will be discussed next week at the EU level, possibly at the level of individual member states. For this to take effect, political readiness is needed, a much wider majority among the Member States. As possible sanctions, for responsible political actors, it can mean a ban on entering EU countries, freezing certain assets, etc.

European parliamentarians believe that next year’s elections will be important for BiH. It is crucial, they say, that the elections be fair, honest, fair for all ‘where everyone will enjoy the same rights, all citizens of this state will be able to run, to prevent electoral manipulations’. There is, they say, also an opportunity for the EU, to play its part. Opinions are that in BiH we should talk more about the economy and topics important for BiH population, and the EU needs to work harder to preserve its territorial integrity.