Home BiH Strömquist: Progress in the area of the rule of law is crucial for BiH

Strömquist: Progress in the area of the rule of law is crucial for BiH 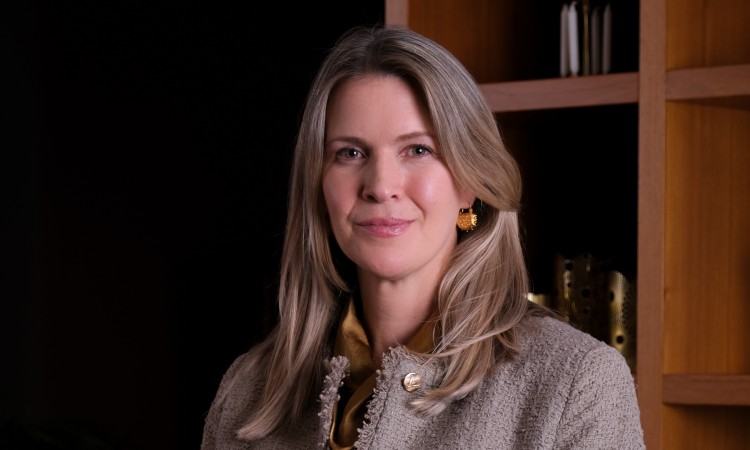 SARAJEVO, February 23 (FENA) – In order for Bosnia and Herzegovina to speed up the reforms and become a candidate country for membership in the European Union, political commitment and efforts from the responsible politicians are needed, said Ambassador of the Kingdom of Sweden to BiH, Johanna Strömquist, in an interview with FENA.

She reminded that in May 2019, the European Commission gave a clear roadmap and pointed out 14 key priorities that Bosnia and Herzegovina should make significant progress in order to become a Candidate Country to the EU.

“To become a Candidate Country is an important step since all the EU Member States make this decision together and it brings a country a step closer to starting the process of becoming a member. Some progress has been made in Bosnia and Herzegovina regarding the 14 key priorities and some important steps have been taken – like holding municipal elections in Mostar. But in most areas very little or no progress has been made since May 2019,” she added.

For example, in the crucial area of Rule of Law the Commission says almost no progress has been made. For Bosnia and Herzegovina to be able to speed up the reforms and become a Candidate Country focused political commitment and effort from the responsible politicians is needed.

She announced that Sweden has and will continue to work with those who want to create positive change through reforms that benefits the population and the whole country and eventually makes Bosnia and Herzegovina ready for EU membership. She expressed hope that this year without elections will be used to speed up the necessary reforms.

An overall accelerated political engagement to move forward its needed. An action plan on how to make progress on the 14 key priorities must be adopted. It would make clear what needs to be done and by who.

“Sweden supports the Directorate for EU Integration to put together such a plan at the technical level, but the plan needs to be adopted at political level. An Action Plan will help to focus the efforts so that everybody is working in the same direction towards clear goals,” Ambassador Strömquist pointed out.

She stressed that progress on the rule of law, in particular the judiciary’s ability fighting corruption and organized crime, is fundamental. In order to restore the trust of citizens in the judicial institutions in Bosnia and Herzegovina judicial office holders need to stand up for impartiality and independence of the judiciary.

Changes of the High Judicial and Prosecutorial Council (HJPC) law must be adopted swiftly, including the creation of a system for asset declarations of judges and prosecutors as well as members of the HJPC. A new conflict of interest law that is in line with European standards would allow for significant progress in the fight against corruption.

Sweden supports reforms in the area of Rule of Law for example through a project with the High Judicial and Prosecutorial Council to increase court efficiency and transparency. The adoption changes to the current HJPC law that includes assets declaration by judges, prosecutors and members of HJPC is important for our support to be successful. The Ambassador hopes that the new HJPC will restore the population´s trust in the institution.

“The general functionality of the country must also be increased. As a member of the EU you must be able to make decisions in order not to stop the work of the EU. These areas are important, but progress on all the 14 key priorities are needed to speed up the country’s European path,” Strömquist believes.

She reiterated that the EU together with partners in the international community always stands ready to support and facilitate dialogue to help the elected leaders to find solution to key political issues. But the will and the readiness to be flexible and find compromise solutions must come from the politicians in the country.

“It helps if we all have the same goal and the EU-integration provides that. It also gives the EU a natural role to help the politician to move things forward by presenting solutions that other European countries have used. But the decisions always must be made by the politicians – elected by the people in Bosnia and Herzegovina. The responsibility for the future of the country lies with them and, therefore, with the people of Bosnia and Herzegovina,” said the Swedish Ambassador to BiH.

Sweden is the largest bilateral donor when it comes to environmental protection in BiH and the Ambassador emphasized that some of the major projects are those that have been done with local politicians and experts to make sure there is an overall strategy and action plan for environmental work for the whole country.

This strategy and plan will help Bosnia and Herzegovina to get better access to EU-funds and fulfil the criteria for membership and it will help to improve the environment for all in the country, but Sweden also supports concrete action through different projects.

The aim is to reduce the environmental impact of excessive energy use and improve energy efficiency of public, industrial and residential buildings in Bosnia and Herzegovina. It saves public funds, reduces emissions, creates new jobs and stimulates the use of renewable energy across the country.

The project forecast to reduce carbon dioxide by 2,500 tons annually and to save the country over 0.7 million EUR in energy costs.

“Sweden assists the country to take care of chemicals, so called persistent organic pollutants. We also work to make sure water is clean by contributing to wastewater treatment plants. And, finally, we work with civil society organizations to raise awareness about environment and to engage young people in this work,” she stressed.

The Ambassador stressed that the problem with air pollution cannot be solved if all parts of society do not participate. The public and private sector as well as the citizens of the country – everyone must do their part.

As a result of this and other kinds of pollution, 99.6% of the population of the country is exposed to air pollution which exceeds the World Health Organization (WHO) guidelines. Also, the WHO data shows that 27 percent of all deaths in the country are attributable to pollution.

Therefore, Strömquist stated that reduced use of fossil fuels, meaning coal, oil and natural gas, is needed. Using wood and even waste for heating is also contributing to the air pollution. Old vehicles also contribute, as well as heavy industry. So better options are needed for heating and public transportation so that people can make better choices.

“To end the use of the coal power plants is an important priority. Seven out of the ten most polluting power plants in Europe are in the Western Balkans. Coal is already an expensive way to produce energy so it will also be economically beneficial to change to greener options,” she said.

When asked whether the Covid-19 coronavirus pandemic affected the implementation of Swedish projects in BiH Ambassador of Sweden to BiH said that when the pandemic started, they reached out to all their partners to say that they would have to be flexible and find new ways to implement the projects.

Sweden also encouraged BiH to be creative and come up with ideas on how to support Bosnia and Herzegovina and its population to better cope with the pandemic and their partners offered a lot of good ideas on how to adjust the projects.

This lead to support to hospitals to safely handle toxic medical waste contaminated with corona virus, protective equipment to the staff in safe houses for survivors of domestic violence, laptops to children from vulnerable groups so they could attend online schooling, 3D equipment for universities to produce protective equipment for hospital staff, organic micro gardens for families to be able to grow their own healthy food to mention a few.

“This actually lead to an increase of our support from 18 million euro to 20-million-euro last year,” concluded the Ambassador of Sweden to BiH Johanna Strömquist in an interview with FENA.