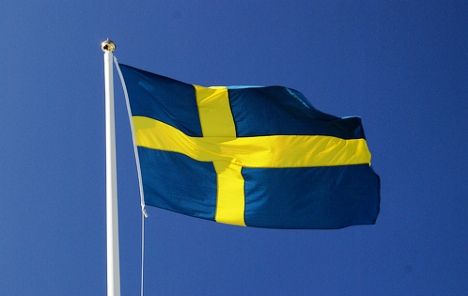 SARAJEVO, November 5 (FENA) – Sweden’s Crown Princess Victoria and Prince Daniel of Sweden, as well as Deputy Prime Minister and Minister for Environment and Climate, Isabella Lövin, will be visiting Bosnia and Herzegovina from November 5-7.

The visit represents one of two visits the Crown Princess and Prince make each year, according to a statement from the Swedish Embassy in BiH, BORAM reports.

The delegation will meet with officials of Bosnia and Herzegovina and will attend a climate and innovation conference at the Parliamentary Assembly, and will visit projects supported by the Swedish Music Academy in Sarajevo and the company ZANAT in Konjic, as well as the National Museum of BiH in Sarajevo.

They will visit the Trebević Mountain with the mayors of Sarajevo and East Sarajevo and will meet with Swedish-Bosnian entrepreneurs and talk with beneficiaries of Swedish projects from all over the country.

The purpose of the visit is to strengthen the already good relations between the two countries, to emphasize strong ties and the potential for continued cooperation for the benefit of all in BiH.

The aim is to highlight the great potential of the country and the main topics of the visit will be climate and environment, innovation and entrepreneurship and greater engagement of young people.

Sweden is the third-largest bilateral donor in Bosnia and Herzegovina. Each year, with EUR 18 million in aid, it supports the country’s efforts on its reform path to the European Union, and this assistance is implemented in cooperation with local partners.

In January 2016, the Crown Princess was named one of the 17 ambassadors of the Sustainable Development Goals (SDG) and the 2030 Agenda by the UN Secretary-General.

Crown Princess Victoria has been part of the alumni group since 2019 and continues to focus on sustainability and issues related to the oceans and fisheries.

The Smart City conference, climate and environment are all also one of the interests of the Crown Princess. Her visit to the Music Academy in Sarajevo comes after the building has been renovated to achieve energy efficiency.

Prince Daniel promotes entrepreneurship among young people. Visits to the companies “Zanat” and System Verification, a workshop with KULT and RoboKids, as well as a dinner with representatives of Mosaic, FARMA, IT Girls, Innovation Leaders and KULT, are also related to this interest.

The delegation from Sweden will meet with members of the BiH Presidency today, while a joint tree planting in the Koševo Park will be organized on Wednesday (November 6), marking an agreement to develop an Environmental Strategy for Bosnia and Herzegovina with the support of Sweden.

The tree will be planted jointly with Minister of Foreign Trade and Economic Relations of BiH Mirko Šarović, Federation of BiH Minister of Environment and Tourism Edita Đapo, RS Minister of Physical Planning, Construction and Ecology Srebrenka Golić and Mayor of Brčko District Siniša Milić.

Guests from Sweden will attend the exhibition “Smart Cities” with Minister Šarović and Ministers Đapo and Golić, as well as Mayor Milić. The exhibition will be hosted by UNDP Resident Representative in BiH Steliana Nedera.

Following this, a plenary session of the conference “Smart Growth for a New Climate Reality” will be hosted by Crown Princess Victoria, Deputy Prime Minister of Sweden Lövin, Minister Šarović, UNDP Resident Representative Steliana Nedera, Head of the EU Delegation to BiH Johann Sattler and Ministers Đapo and Golić.

During the second day of the visit, a visit to the Swedish IT company System Verification is planned, as well as a meeting with children from Banja Luka and Sarajevo who are taking part in a workshop where they learn how to make robots.

In the afternoon, a tour of Sarajevo with Mayor Abdulah Skaka will be organized, after which a delegation from Sweden will head to Konjic to visit the Woodcarving Museum and the ZANAT furniture brand.

Sweden is strongly committed to positive development and reforms in BiH for the benefit of all citizens and for BiH’s future membership in the European Union.

Nearly 80,000 people originally from Bosnia and Herzegovina today live in Sweden and are just one example of the interconnectedness of the two countries.

Sweden is the third largest bilateral donor in BiH, and the largest among the EU Member States, and this year they spent EUR 19 million in BiH, while in 1995, Sweden allocated about EUR 465 million for development cooperation in BiH.

Sweden’s support focuses on three areas, namely, promoting economic integration with the EU and developing a market economy, strengthening democracy, human rights and the rule of law, and improving the environment and reducing the impact of climate change.

Sweden currently supports more than 50 projects in BiH that improve the standard of living. One of them is the FARMA II project, in which 811 new jobs have been created, with KM 46.9 million of investment, the exports of participating companies increased by 53.39 percent and sales by 23.95 percent, while products were certified for 461 production organizations and farmers.

There is also a Green Economic Development project implemented in partnership with UNDP, which involves insulation and energy efficiency for 200 buildings, saving thus four million KM in public funds and creating 1,700 new jobs in the green economy.

The main topics that Princess Victoria and Prince Daniel will focus during their visit to Bosnia and Herzegovina are closely linked to Sweden’s support, namely climate and environment, innovation and entrepreneurship, and youth participation, the Swedish Embassy in BiH said in a statement.