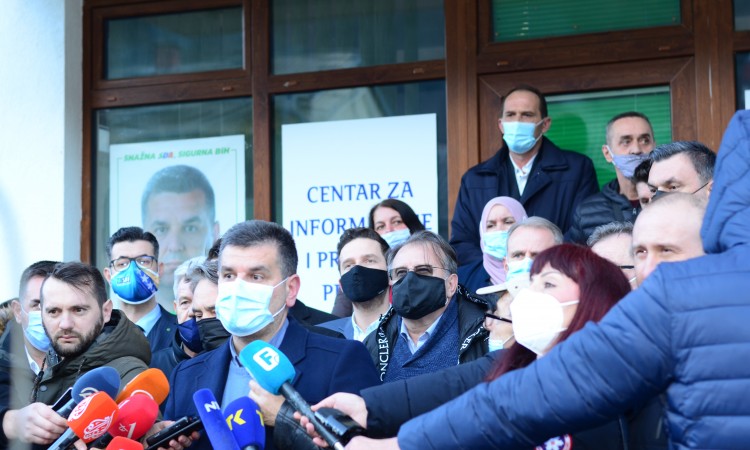 SREBRENICA, February 18 (FENA) – Candidate for mayor of Srebrenica from the “My Address: Srebrenica” Initiative, Alija Tabaković, said after a meeting with the leaders of pro-Bosnian political parties that they would not give up on the decision to boycott the elections.

“We have again received support from the leaders of pro-Bosnian political parties to boycott the elections in Srebrenica, which will be held on February 21, 2021. We received maximum support in further activities in the democratic struggle for our people in Srebrenica. Also, we are informing the public that today we submitted an appeal to the Constitutional Court of BiH with a temporary measure and we expect a conclusion that it will react urgently regarding our temporary measure,” said Tabaković.

He emphasizes that the decision to boycott the elections is difficult and very painful, but he says that he will continue to fight on behalf of every Bosniak.

Tabaković stated that they informed the Central Election Commission that the representatives and members of the polling board will not participate in the election process.

“Unfortunately, we received information that they are calling from the CEC and blackmailing the members of the polling boards that they will do everything to be punished as much as possible. We will stand behind members and we have informed them in written statements that they will not be present on the day of the elections in Srebrenica,” Tabaković underlined.