Home BiH Tegeltija: CoM will not be an obstacle to a comprehensive judiciary reform 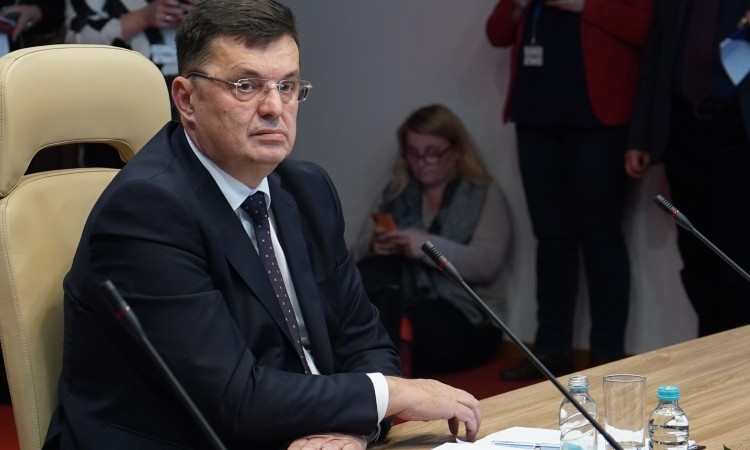 SARAJEVO, February 24 (FENA) – Chairman of the Council of Ministers of Bosnia and Herzegovina Zoran Tegeltija said today that the executive power will not be an obstacle to the adoption of necessary laws for the complete reform of the judiciary in BiH.

Testifying before the Ad Hoc Inquiry Commission of the House of Representatives of the Parliamentary Assembly of BiH to determine the situation in the judicial institutions of BiH, Tegeltija referred to numerous questions of the members of that commission, concerning the stalemate on the reform path of BiH, the Public Procurement Law, the Law on Prevention of Conflict of Interest and the Law on the HJPC of BiH.

He stated that the law on public procurement was sent to the procedure and that the latter two are in the final stages of drafting in the Ministry of Justice of BiH, but he could not specify when that would happen, adding that he “could check it and inform the Commission in writing.”

Commenting on the law on the HJPC of BiH, Tegeltija said that the law encountered disagreements from the RS and that the position of the representatives of the authorities from that entity that we need comprehensive reform of the judicial system in BiH.

Responding to a question in the context of relations between the CoM and the BiH Ministry of Justice, and regarding the delay in passing the necessary reform laws, the CoM chairman stated that the powers of ministers in that executive body are much greater than the entity level ones and that he is sticking exclusively with his own competences.

The Inquiry Commission remained deprived of precise answers to a number of specific questions and which concern, above all, the dynamics of passing reform laws in accordance with the 14 priorities of the European Commission’s Opinion, which is a condition for obtaining a candidate for membership in the European Union (EU).

This was also pointed out by the Chairman of the Inquiry Commission Damir Arnaut, who said after the session that Tegeltija’s testimony was burdened with numerous formalities.

“His testimony was really full of unnecessary formalities, considering that the main and perhaps the only topic of today’s testimony was the ability of Bosnia and Herzegovina to integrate into European processes, i.e. to obtain a candidate status for EU membership,” Arnaut pointed out.

He added that in the context of the 14 mentioned priorities, the three laws have not yet been considered at any session of the House of Representatives or the House of Peoples of the PA BiH.

Arnaut announced that the next session will probably be held on March 10, when a video link will be established with representatives of the United States Congress regarding the writing of the report of the Interim Inquiry Commission, i.e. the upcoming work, which should be completed by May, or June this year.

He also briefly commented on the content of the previous session of the Commission, at which two prosecutors and members of the High Judicial and Prosecutorial Council of BiH – Berina Alihodžić and Biljana Simeunović gave their testimonies.

Summarizing their opinions and views, Arnaut said that “not having the CMS system in the Prosecutor’s Office of BiH is a clear violation of the Rules and that this situation demands disciplinary accountability.”