Home BiH Tegeltija-Ji Ping: Cooperation between BiH and China on a number of projects

Tegeltija-Ji Ping: Cooperation between BiH and China on a number of projects 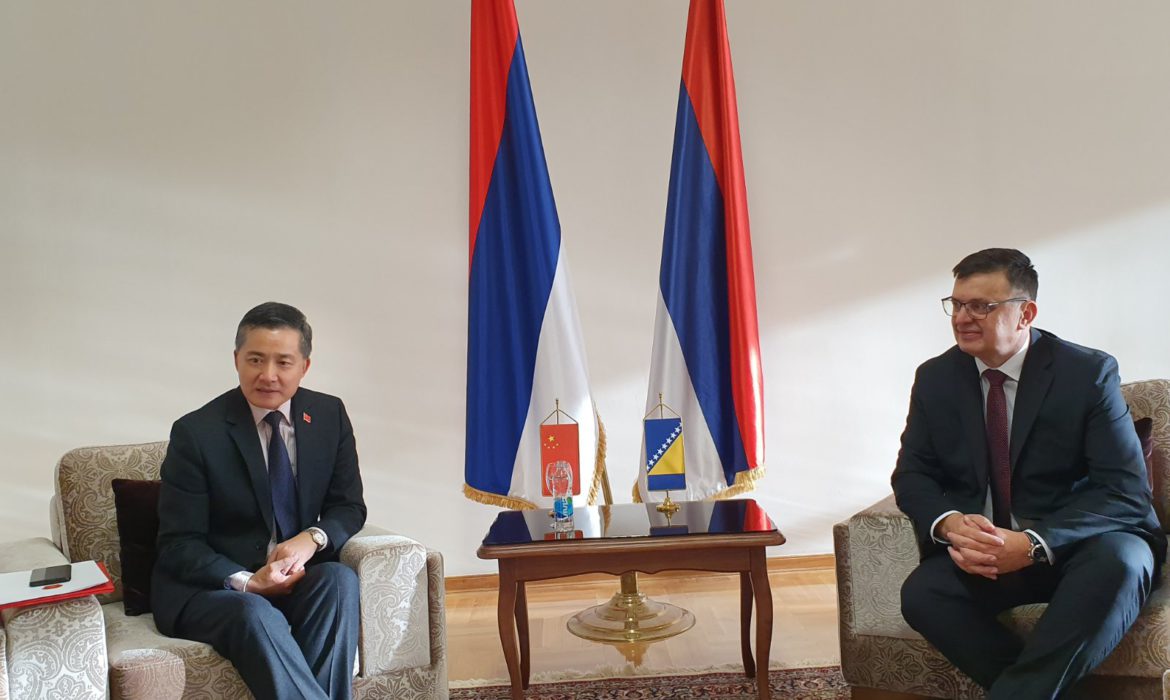 EAST SARAJEVO, December 30 (FENA) – Chairman of the Council of Ministers of Bosnia and Herzegovina, Zoran Tegeltija received today the Ambassador of the People’s Republic of China Ji Ping in East Sarajevo to discuss the current economic and political situation in BiH and the region.

Tegeltija informed Ambassador of the People’s Republic of China that economic progress and improvement of the standard of living of BiH citizens will be the priority in the work of the new Council of Ministers.

Tegeltija thanked for the congratulations by Chinese Prime Minister Li Keqiang on the occasion of the takeover of the chairmanship of the Council of Ministers, and emphasized that relations between the PR China and BiH are an example of good and friendly relations, mutual understanding and respect, said the BiH Council of Ministers.