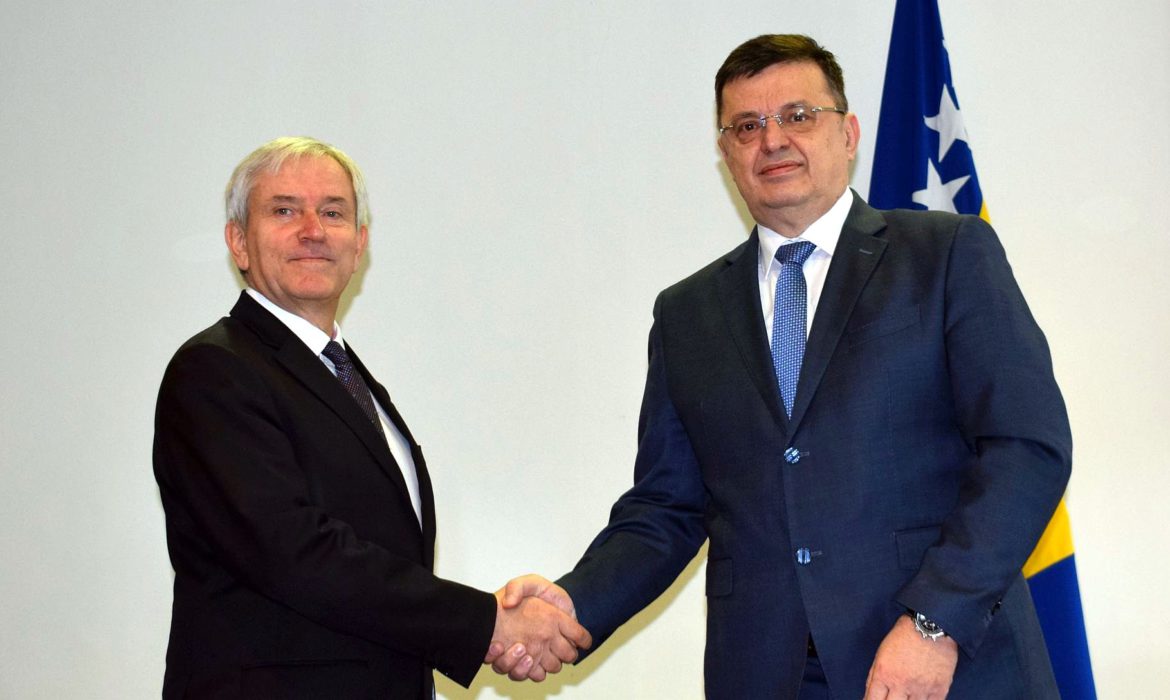 SARAJEVO, February 13 (FENA) – Chairman of the Council of Ministers of Bosnia and Herzegovina, Zoran Tegeltija, spoke today with the Ambassador of the Republic of France to Bosnia and Herzegovina Guillaume Rousson about the ongoing political and economic topics in BiH and the region, with a particular focus on the European integration process and opportunities for promotion of cooperation between the two countries.

Chairman Tegeltija pointed out that the cooperation between BiH and France so far has been very good, but that there are numerous untapped possibilities in the implementation of projects of mutual interest, which will significantly contribute to the improvement of the economic relations between the two countries.

The French Ambassador briefed the Chairman of the Council of Ministers about the activities of the French Development Agency, which would finance significant projects in BiH in the coming years, especially in the fields of regional integration, environmental protection and climate issues.

Tegeltija thanked Ambassador Rousson for the assistance that his country provided in 2014 to the population of BiH affected by catastrophic floods.

The interlocutors also exchanged views on other issues of mutual, and discussed the security situation in BiH and the region in light of the migrant crisis, stated the Council of Ministers of BiH.