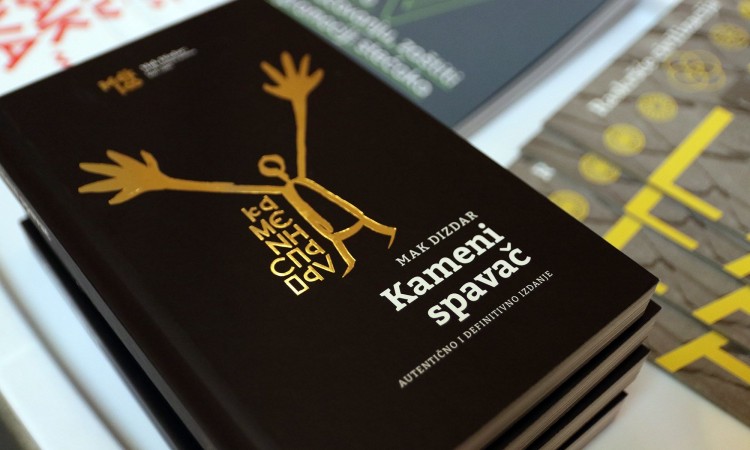 SARAJEVO, October 18 (FENA) – One of the greatest poets of Bosnia and Herzegovina, Mehmedalija Mak Dizdar, who marked an entire cultural and historical epoch, was born 103 years ago in Stolac.

The Bosniak Cultural Society “Preporod” and the Mak Dizdar Foundation decided to start celebrating the birth anniversaries of Mak Dizdar together this year, therefore, a special program took place at the Sarajevo City Hall, which included a score for the string quartet titled “Stone Sleeper” by Vlado Milošević, a BiH composers, and recitals by actors who took the audience through Mak Dizdar’s poetry opus.

“Our idea was to do it all over BiH, in public, open spaces and to include as many people as possible in those events. The goal is to popularize the poetry and literary work of Mak Dizdar, but also to popularize literature and culture in general because they represent the fundamental values ​​of every society,” said the president of the Bosniak Cultural Society “Preporod” Sanjin Kodrić.

Mehmedalija Mak Dizdar was born on October 17, 1917. He finished elementary school in Stolac, after which he went to Sarajevo, where he live until his death on July 14, 1971.

The poet, whose works ‘Kameni spavač’ (Stone Sleeper) and ‘Modra rijeka’ (Blue River) are among the most important poetry collections in Bosnia and Herzegovina of the last century, was one of the artists who tried to put together an image of a world that once existed in this region, and which no longer does.

“His most significant works and poems have been canonized in our culture, they are studied in schools and universities, but it seems that in a certain way through that canonization the work has somewhat died out.

“It is our goal, and the Mak Dizdar Foundation has been working on it for twenty years, is to keep his work ‘alive’, to experience new interpretations and performances. We believe that Mak’s work is so open that it can offer new experiences and new interpretations and visions. Mak’s birthday can be a holiday of culture in Bosnia and Herzegovina,” said Gorčin Dizdar, president of the Mak Dizdar Foundation.