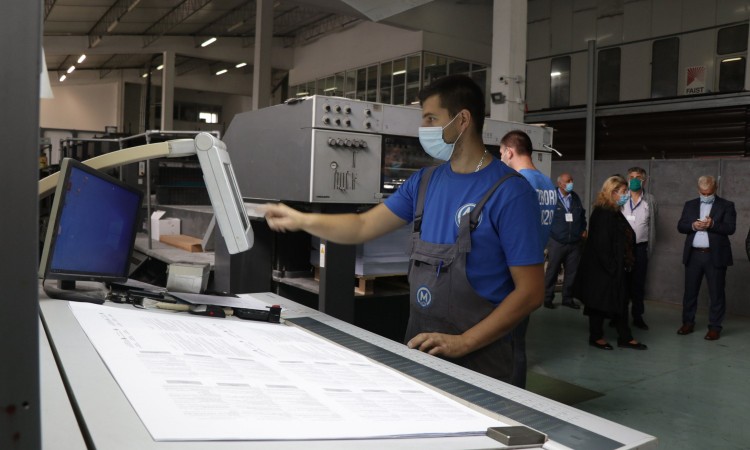 SARAJEVO, September 25 (FENA) – President of the Central Election Commission of BiH Željko Bakalar attended today at the printing house “Unioninvestplastika” in Sarajevo the official beginning of printing and packaging of ballots for the Local Elections 2020.

Bakalar stated that after several months of delay in the adoption of the budget of the BiH institutions, and the public procurement procedure with the appeal procedure, the printing of ballots began today with a slight delay in relation to the planned deadlines.

“About seven million ballots will be printed, and the job worth 805,528 KM was awarded to the company “Unioninvestplastika” Sarajevo,” Bakalar pointed out.

He added that the ballots are sensitive election material, which is why the printing process has begun with special security measures, as well as measures to monitor every action in the process.

Bakalar emphasized that the first contingent of 48 pallets of paper with a watermark, accompanied by the police, was delivered to the printing house on September 12, 2020.