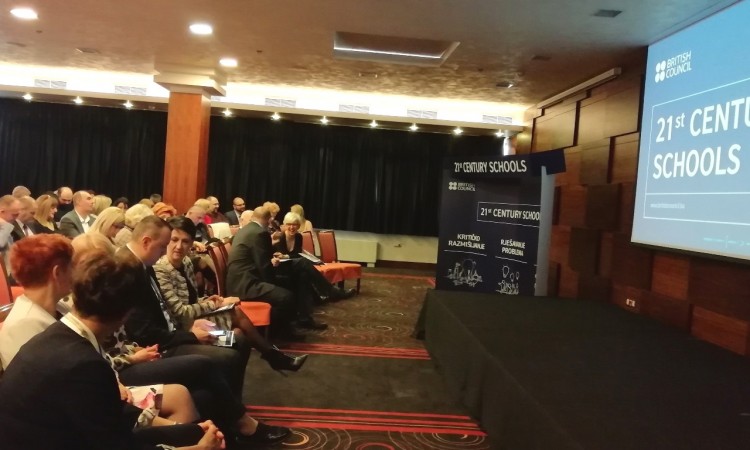 SARAJEVO, March 12 (FENA) – The Government of the United Kingdom of Great Britain and Northern Ireland has allocated 10 million GBP for the 21st Century Schools program, in which more than a million students from the Western Balkan countries will have the opportunity to learn critical thinking skills, problem solving and coding.

The goals of this program have been presented today in Sarajevo, and, as it was pointed out, the competent educational institutions in six countries in the region will enable children aged 10-15 years to learn in a fun, interactive and innovative way.

Under the program which, among other things, aims to prepare a young generation for the future, it is planned that all primary schools in the Western Balkans receive micro:bit devices (laptops) that will enable young people to acquire coding knowledge.

As it was noted, there are lots of jobs opportunities in digital sector, and according to research, future jobs are in the IT industry, where professions like data analysts and software developers are highly sought after.

The British Council designed this program, and the Director for Bosnia and Herzegovina, Larisa Halilović, explained that this would enable young people and teachers to get acquainted with the jobs of the future, adding that 565 schools would be included in the program in BiH.

“The program has already started, today we are officially presenting it. We plan to work in phases, bearing in mind the fact that the educational system in BiH is quite segmented, and it is important for us to achieve cooperation with all ministries and educational institutions in BiH,” said Halilović.

Ambassador of the United Kingdom to BiH Matthew Field said that this is the biggest investment of the UK Government when it comes to education in BiH and the countries of the Western Balkans, and within it support will be provided, including resources and equipment to all elementary schools.

He also reminded that the UK is a leader in computer science education, and expressed satisfaction that they will be able to share this knowledge and experiences with the countries in the region, investing in education and a better future for economies in each country.