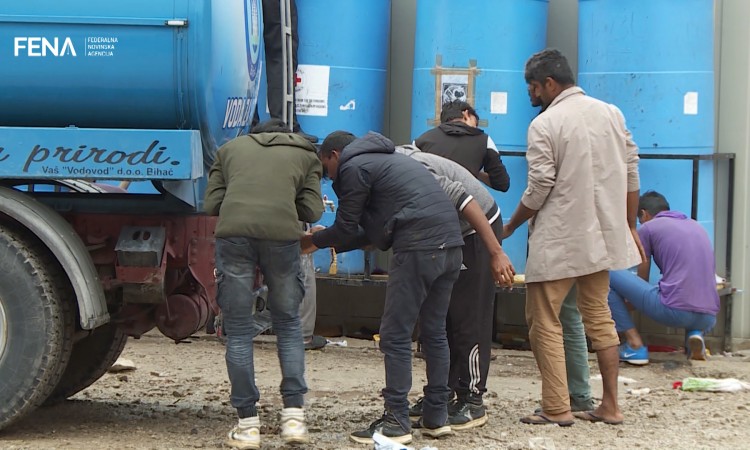 SARAJEVO, October 17 (FENA) – The UN reiterates its grave concern over the on-going relocation of migrants, including asylum seekers, to the Vučjak site. The UN in BiH strongly urges the authorities to act swiftly on alternate accommodation space.

In the UN joint statement they said that significant safety and health risks at Vučjak remain; and the location falls well short of international humanitarian standards. It is thus unsuitable for the purpose of accommodating people.

These inadequacies were already highlighted in the UNCT Joint Statement dated 14 June 2019, which followed the decision of the Municipal Council of Bihać to relocate migrants, including asylum seekers, staying outside reception centers to the Vučjak site.

UN Special Rapporteur on the human rights of migrants, Mr. Felipe González Morales notes that the location of the site “is absolutely inappropriate and inadequate for accommodating human beings”, urging the authorities in Bosnia and Herzegovina to stop the forcible escorting of migrants to this site and to urgently identify an alternate location.

The UN in BiH aligns itself with the UN Special Rapporteur’s end of visit statement and calls upon the authorities to close the site immediately and provide humane and safe alternatives.

As the authorities are aware, the Vučjak site is located close to landmine infested areas and there is a high risk of fire and explosions due to possible underground pockets of methane gas. Vučjak lacks electricity, running water and medical care; it has very few sanitation facilities, stated the UN in BiH.

The declaration of the Mayor of Bihać that the Municipality and local Red Cross will cease all assistance to the migrants forcibly relocated to the Vučjak site is especially alarming, as assistance was already insufficient before the latest group of migrants was transferred there.

This decision, if implemented, together with continued relocation efforts, risks a possible humanitarian emergency at the Vučjak site, the UN warns.

In light of the aforementioned concerns and with the imminent arrival of winter, the UN calls on BiH’s authorities to redouble their efforts to identify – at the earliest opportunity – alternate, safe and secure accommodation in line with national and international laws and obligations; humanitarian principles and practices; and with the full guarantee of rights of migrants, refugees and asylum seekers.

This is also critical in order to reduce the pressure on local communities in the Una-Sana Canton posed by the growing number of migrants, asylum seekers and refugees.

As conveyed to the authorities, the UN in BiH and its partners stand ready to immediately activate their available resources in order to support the establishment of new accommodation sites that meet humanitarian standards and/or the expansion of the capacity of existing sites.

It is absolutely vital to ensure that migrants are appropriately housed in the shortest possible time. This includes the immediate relocation of all migrants currently located at the Vučjak site, it is said in a statement.