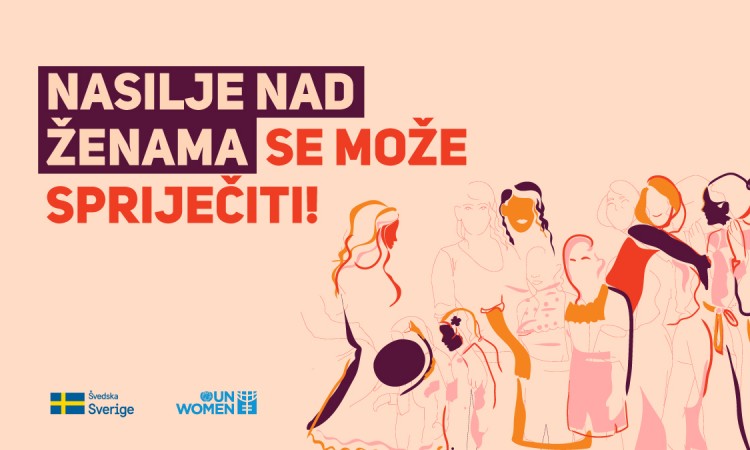 SARAJEVO, April 8 (FENA) – In the past five months, from November 2020 to March 2021, UN Women BiH, with the financial support of Sweden, and in cooperation with Mediacentar Sarajevo, successfully implemented the project “Strengthening the role of local media in preventing violence against women and domestic violence in BiH”.

In order to strengthen the role of media in preventing violence against women, UN Women is working to increase the capacity of media professionals to report responsibly and continuously on this topic throughout the year. Journalists from newsrooms in 11 local communities participated in trainings where, in addition to adopting ethical reporting principles that exclude sensationalism, they were educated on the institutional response to violence against women and the existing legal and institutional mechanisms in this regard.

“Domestic violence is a public issue, not a private concern. Local media play a critical role to help us understand how we can get help for ourselves, for a family member, through social workers and other community services at hand. Local journalism plays a key role in tackling stereotypes. They help us all speak out and engage. We are proud to work closely with local journalists and media outlets”, said David Saunders, UN Women Representative in BiH.

Johanna Strömquist, Ambassador of Sweden in BiH said that there are numerous reports of increased levels of gender-based violence and domestic violence during the pandemic.

After intensive consultations within the project, an Action Plan for Cooperation of Multisectoral Teams and Local Media in BiH was developed, which 11 multisectoral teams and 11 media outlets in local communities can use to further improve cooperation and thus contribute to a more comprehensive approach to preventing violence against women and girls. The Guidelines and Recommendations for Responsible Reporting on Gender-Based Violence against Women and Girls in BiH, intended primarily for editors, but also for all media professionals, have been further improved.

In addition, the third Research on Media Reporting on Violence against Women in BiH was conducted, which analyzed the way in which the media in BiH reported on this topic in the first half of 2020. The results show that an unprofessional approach and negative practices in reporting on this topic are still present, but that there is progress. Compared to the first research, conducted in BiH in 2016, there has been noticeable progress in reporting on other forms of violence against women in addition to physical violence, such as sexual or economic violence. Progress was also made in respecting the protection of the identity of survivors, especially minors, but alarming examples of sensationalism and tabloid-style reporting remain.

The campaign also launched the Pledge for Responsible Reporting on Gender-Based Violence, which was supported and signed by 56 media professionals who advocate for responsible and professional reporting about gender-based violence against women and girls.