Home BiH US Embassy – Corrupt individuals must be held accountable

US Embassy – Corrupt individuals must be held accountable 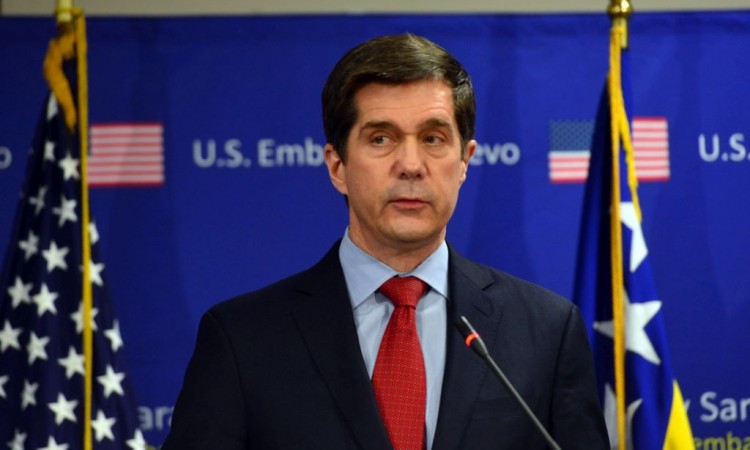 SARAJEVO, October 8 (FENA) – On October 4, Ambassador Nelson met with ambassadors and other representatives of the embassies of Austria, Germany, Italy, the Netherlands, Sweden, and the United Kingdom to discuss tools, methods, and best practices in supporting a better future for all BiH citizens by holding corrupt actors accountable.

The U.S. Embassy Sarajevo committed to increasing information sharing with like-minded partners concerning the activities of corrupt actors and make it more difficult for corrupt BiH actors to take their ill-gotten gains and invest them abroad; to stand up for anti-corruption champions within BiH including public servants, investigative journalists, and civil society; and to continue public engagement against corruption and its negative impact on BiH.

As part of its commitment to holding corrupt actors accountable, U.S Embassy Sarajevo is implementing new steps to cancel or deny visas for travel to the United States for business or tourism for individuals involved in corruption, stated the United States Embassy in BiH.