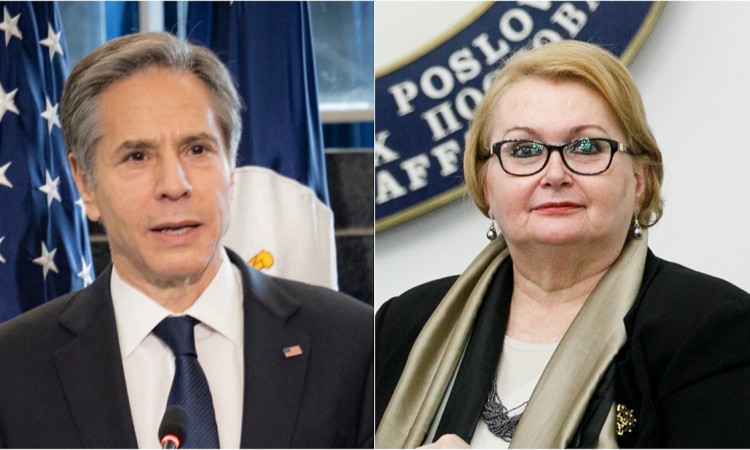 SARAJEVO, February 19 (FENA) – The newly appointed US Secretary of State, Antony J. Blinken sent a letter to the Deputy Chairman of the Council of Ministers and Minister of Foreign Affairs of Bosnia and Herzegovina Bisera Turković.

In the letter, Blinken points out that, as Secretary of State, he is looking forward to cooperating with Turković and the government of Bosnia and Herzegovina on deepening the partnership and advancing common interests.

“We are facing many crises around the world and I am convinced that together we can rise up to face these historical challenges. Now more than ever, our citizens depend on our leadership, we have the opportunity and obligation to build a peaceful future rooted in freedom and prosperity for all,” it is stated in the letter of Secretary Blinken.

The letter came after Minister Turković sent a letter of congratulations to the newly appointed US Secretary of State Blinken on January 27, stated the BiH Ministry of Foreign Affairs.