Home BiH Vaccination of migrants in the reception centers Borići, Miral and Lipa

Vaccination of migrants in the reception centers Borići, Miral and Lipa 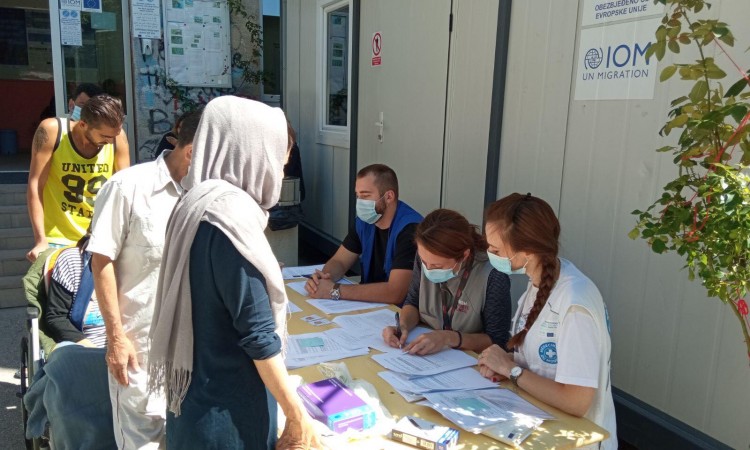 SARAJEVO, August 19 (FENA) – Vaccination against the coronavirus of refugees, migrants and asylum seekers staying in the temporary reception centers Borići and Miral started in the area of ​​Una-Sana Canton today, while the survey of users is coming to an end in the Lipa center for the persons who express an interest in being vaccinated, the Danish Refugee Council (DRC) said.

“The Service for Foreigners Affairs believes that migrants in Bosnia and Herzegovina should be included in vaccination plans as soon as possible, in accordance with the recommendations of the World Health Organization and health authorities in our country. We must not leave anyone out of the immunization process, especially people who live in collective accommodation centers, which contributes to the preservation of overall public health in BiH,” said Slobodan Ujić, Director of the Service for Foreigners Affairs.

The Public Health Institute of the Federation of Bosnia and Herzegovina has allocated 500 doses of Astra Zeneca vaccine, while IOM, through a project implemented by the Danish Refugee Council, has provided vaccine application services, as well as doctors to monitor the condition of people on the move, at least three days after vaccination.

“Since the beginning of the pandemic, we have been monitoring the epidemiological situation of the local population and the migrant population, and the measures we have taken, from treatment to prevention, are the same for everyone. Immunization is the cheapest and most effective form of prevention, and vaccinating the migrant population will have a positive effect on both their health and the health of the local population,” said Dr. Zarina Mulabdić, director of the Public Health Institute in the Una-Sana Canton.

According to official data, according to a statement from DRC, there are currently about 3,000 migrants in temporary reception centers across BiH, and the FBiH Institute of Public Health has announced that additional vaccines can be expected to immunize this population in other cantons.

Since the beginning of the pandemic, IOM and DRC have introduced strict preventive measures in temporary reception centers, all in cooperation with the World Health Organization and health authorities in BiH. Thanks to joint efforts, the spread of the coronavirus among migrants has been prevented.