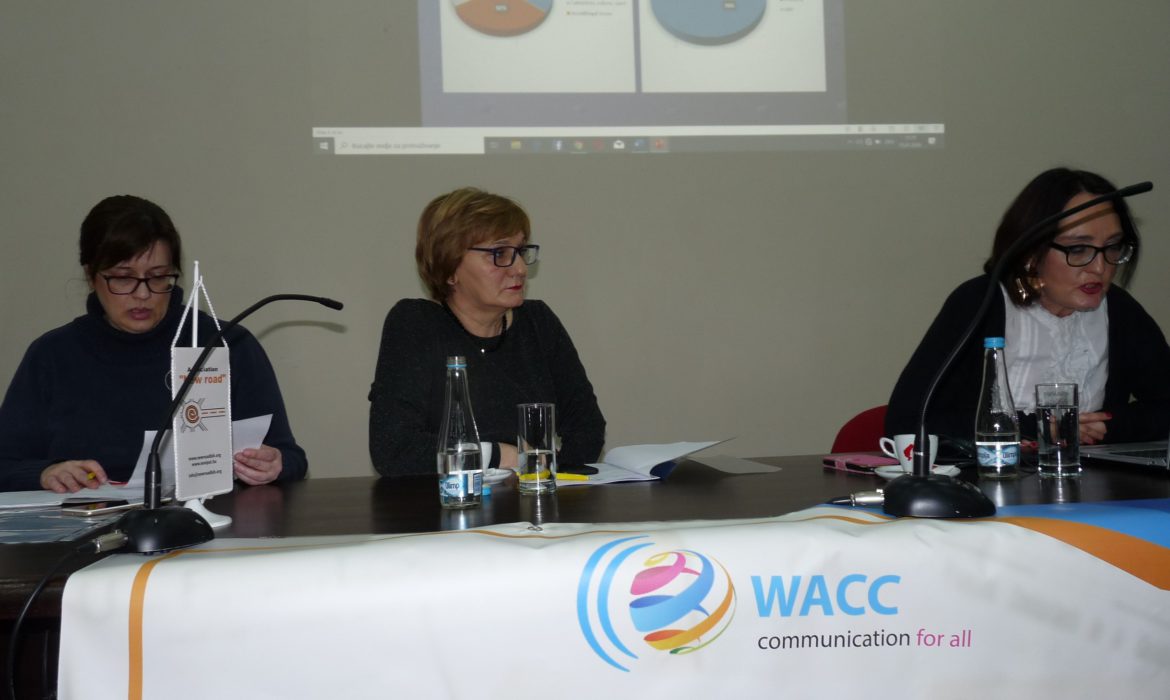 ZENICA, January 15 (FENA) – The Mostar-based association “A New Path” (Novi put), at a workshop titled “Treatment and Representation of Women in the Media,” today presented to Zenica journalists and representatives of non-governmental organizations and institutions the results of bi-monthly monitoring conducted by its members in June and July last year as part of the project “Gender Representation in the Media in Bosnia and Herzegovina”.

The focus of the monitoring was to find out to what extent and in what way women are represented in the media in five print and six electronic media, the most popular and most-read media in BiH.

“We wanted to see how much and to what extent women are featured in news pieces related to peace and security, the economy and domestic violence.

About 10,000 news stories were published, but slightly less than 600 news stories focused on women. This means that only six percent of the news in this area focused on women. Only 17 percent of all 100,000 news reports in the period mentioned women, indicating that, although nominally they are a majority in the general population, women are still underrepresented in the media space in BiH,” says Abida Pehlić from the said association.

Three percent of women in the news are portrayed as victims of violence and in a sensationalist manner, while revealing even the identities of younger persons, Pehlić notes, while in many news stories women are portrayed affirmatively but also in a sexist manner.

Adherence to the domestic laws, the Istanbul Convention and the Ethics Code for Journalists, said Zenica journalist Velida Kulenović, is essential for the daily work of journalists, editors and media employees.

“This means that we have to be responsible and professional when reporting on domestic violence and violence against women, as well as all other topics related to women in our society. This is what is crucial for all journalists in our country,” said Kulenovic, who added that this would be sufficient contribution of the media to this important issue and problem in our society.