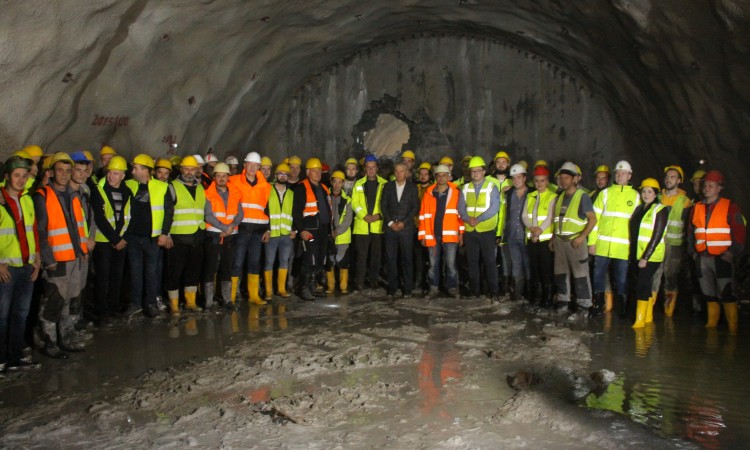 ZENICA, November 4 (FENA) – Workers of the Sarajevo-based company “Euro-Asfalt” broke today the 3,360 meters long right pipe of the “Zenica” tunnel on the Ponirak – Vraca subsection, part of the Vc Corridor.

This is the longest tunnel built so far on any section of Corridor Vc through Bosnia and Herzegovina, and with its completion and commissioning, the travel between Zenica and Žepče will be shorter by about 6.5 kilometers.

A representative of the investor, the public company Motorways of the Federation of Bosnia and Herzegovina, Ahmed Mušija, noted that the works on the tunnel began on November 30, 2019 and that the construction deadline was 30 months.

Mušija said that very young staff worked on the project, who gained enviable references. Part of the tunnel, 800 meters long, was built by Turkish company “Cengiz”. More than 130 tons of explosives were used to break through this tunnel.

The company announced that the 3,326-meter-long left pipe would be drilled by the end of November this year.

The “Zenica” tunnel passes under the Vepar mountain and will have nine passages for pedestrians, two passages for motor vehicles and two stop niches. The tunnel is being built according to the NATM model (New Austrian Tunnel Method). As much as 14.5 percent of the Corridor Vc route through BiH consists of tunnels.