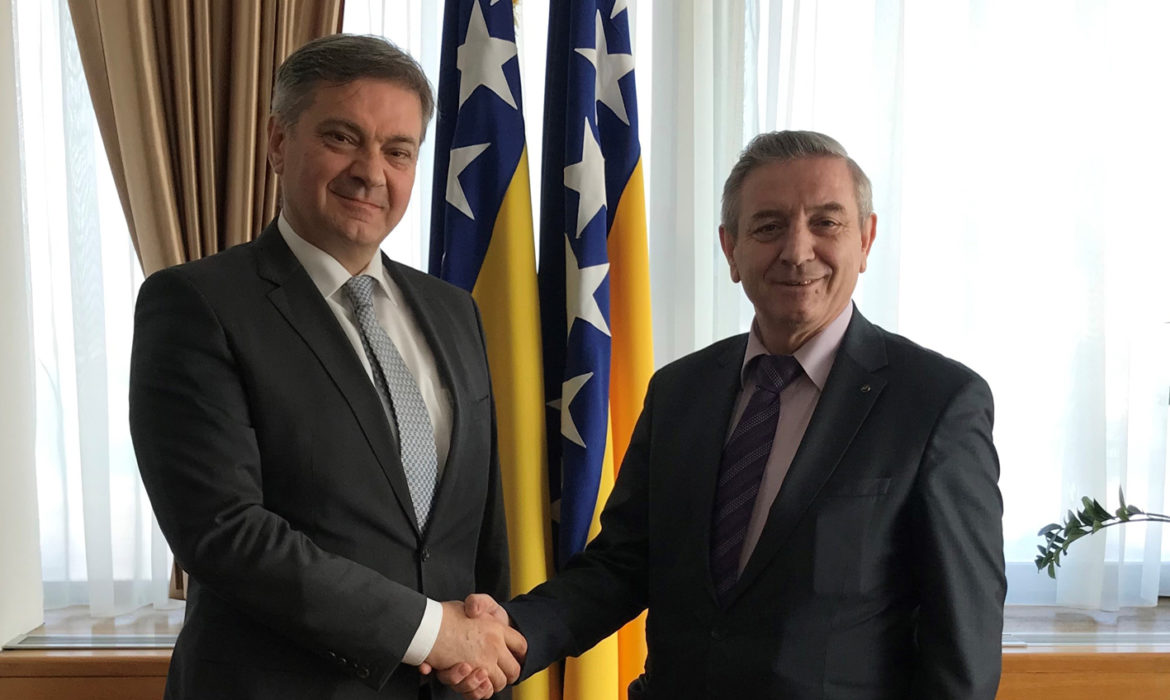 SARAJEVO, February 14 (FENA) – Speaker of the House of Representatives of the Parliamentary Assembly of Bosnia and Herzegovina Denis Zvizdić met today with Ambassador of the Republic of North Macedonia to BiH Ekrem Ebibi.

Chairman Zvizdić and Ambassador Ebibi emphasized that BiH and North Macedonia have the same strategic goal in terms of joining the Euro-Atlantic integration and will continue to actively cooperate in achieving these goals.

They agreed that it was necessary to work on improving parliamentary cooperation and creating a more favorable environment for strengthening economic ties between BiH and North Macedonia in the coming period.

They also discussed the importance of better connecting and establishing a direct air link between Sarajevo and Skopje, stated the Public Relations Office of the BiH Parliamentary Assembly.