Zvizdić: We shall initiate activities to ban Ravna Gora Chetnik Movement in BiH 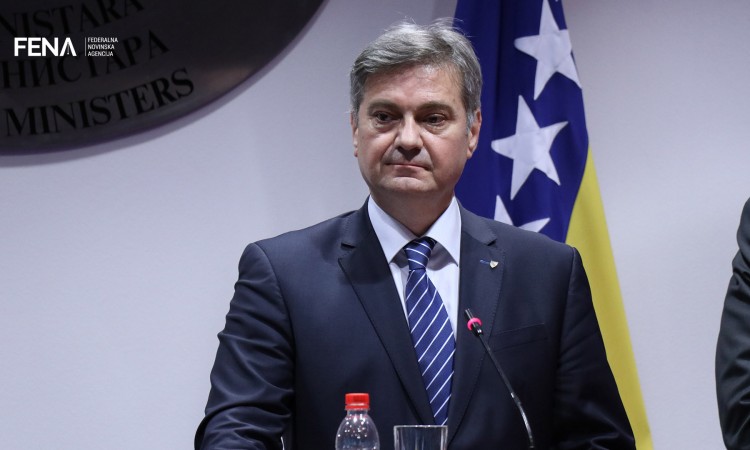 SARAJEVO, March 11 (FENA) – Chairman of the BiH Council of Ministers Denis Zvizdić said today in Sarajevo that he will launch all necessary activities in accordance with criminal code and other laws in order to prevent any future events whose aim is to spread nationalistic speech and religious hatred as seen yesterday at the gathering of members of Ravna Gora Chetnik Movement in Višegrad.

He added that in all of the reports on security in BiH in the last three years, a special segment was devoted to the activities of this movement, warning of the danger of their messages and iconography.

“Unfortunately, this organization is registered in Republika Srpska as an association that promotes cultural and national values, and there are 16 associations of the same background registered in BiH,” said Zvizdić.

He stressed that such associations should be banned, and that he expects from the RS institutions to show at least some respect towards the victims of the war in Bosnia and Herzegovina in the period 1992-1995, who suffered enormously because of war crimes committed by persons who were members of the Chetnik Movement.