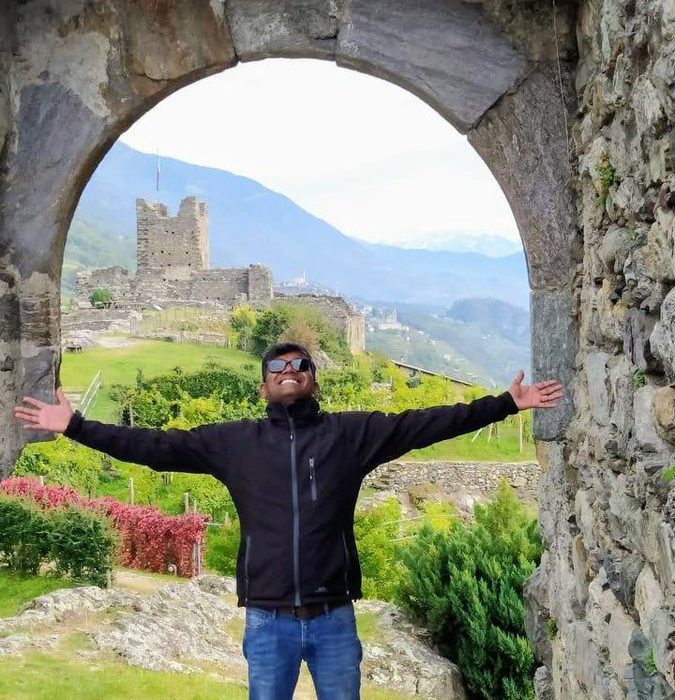 SARAJEVO/ROME, April 3 (FENA) – The migrant crisis in Europe now rarely fills the headlines, but it is far from over. Thousands of migrants risk their lives every year to reach the European continent.

Bosnia and Herzegovina was at the center of the migrant crisis in 2016, and one of the thousands of migrants who arrived in BiH was Adil Sikandar Randhawa, a Pakistani who in 2018 found temporary accommodation in the Ušivak camp in Hadžići. Adil soon began to stand out with his constant volunteering engagement and many local media soon came in contact with him.

However, Adil left BiH last September and went to Italy.

“I enjoyed my stay in Bosnia and Herzegovina. I met some wonderful people. I arrived in Italy last September because I obtained a work permit in Italy. I started working, but I don’t work full time because I want to dedicate myself to learning Italian. That is a basic prerequisite in order to become a part of this society,” says Adil in an interview with FENA.

Optimistic about his future, Adil says that he has now finally “stopped being a migrant and became an immigrant”.

“I am still far from a happy ending because I am in the process of obtaining asylum, but I hope that the situation will be resolved soon,” he added.

FENA spoke with Adil in late 2019, just before Christmas, as he is a Christian and celebrates the holiday. He then said that he liked this country and that he had applied for asylum to stay here.

“I had a desire to stay in BiH. That is why I applied for asylum. I had a job there, I worked as a translator. However, things did not go according to plan and my asylum application was denied. I filed a complaint, but the BiH authorities did not accept it. I had no choice but to leave the country,” Adil explains.

He says that local people in Italy are hospitable to migrants.

“Their system is relaxed. Italy needs a lot of manual workers in various sectors. Migrants who come here are happy with life. However, the problem is slow bureaucracy, which makes it impossible to obtain work and residence permits quickly. That is the main reason why many migrants try their luck in other European countries,” explains this young Pakistani.

He points out that his experience in BiH was very important.

“In BiH, it will not help you because you come from a Muslim country, but because they themselves went through the war relatively recently and because Bosnians and Herzegovinians themselves were refugees and they know how it feels,” he says.

He emphasizes that in BiH he felt accepted by both Muslims and Christians.

“In Italy it is a little different. In Italy, not everyone accepts me equally because I am a Christian, some more, some less, but it is not the same everywhere. I often go to church here, but the church is there only to improve my spiritual life, but not my material one,” Adil concludes in an interview with FENA.