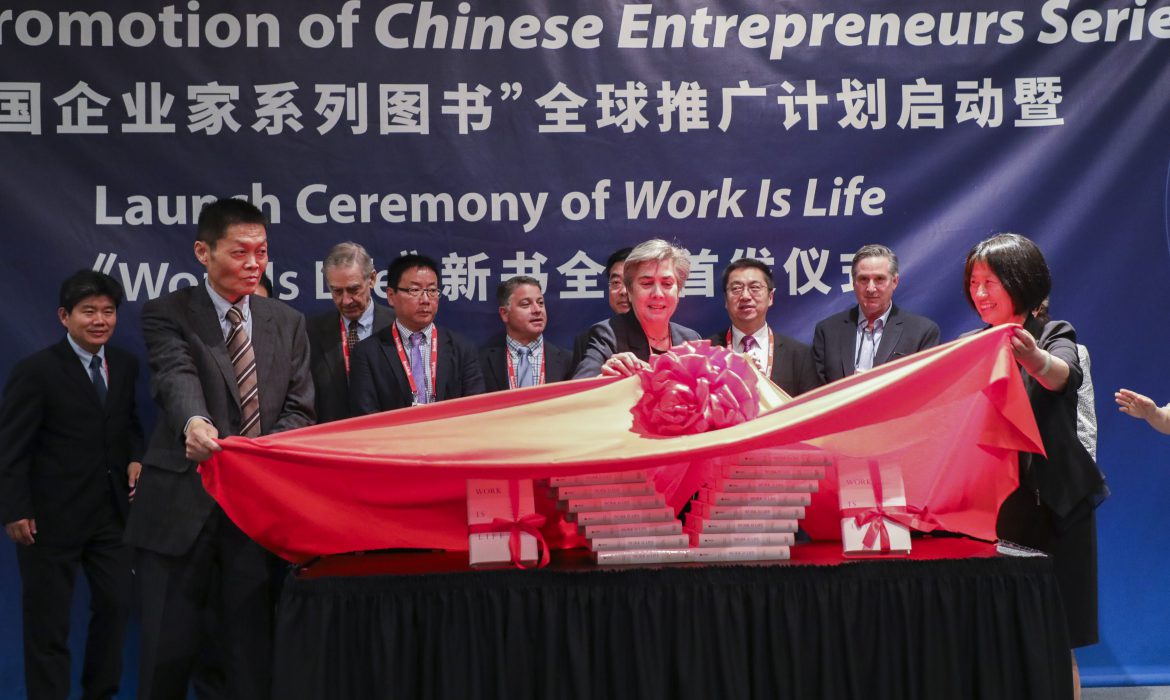 NEW YORK, May 30 (FENA/Xinhua) — A new book featuring the success story of a Chinese entrepreneur made its debut at BookExpo America on Wednesday as the annual gala of the publishing industry kicked off in New York City.

The English-language book, “Work Is Life — How to Perform to the Best of Your Ability”, tells how Che Jianxin, also the author of the book, fought his way from a village carpenter to the chairman and CEO of China’s largest furniture retail chain.

The launch of the book also marked the inauguration of the global promotion of the Chinese Entrepreneurs Series books, co-published by the China National Publications Import & Export Corporation (CNPIEC) and the New York-based Pace University Press.

“We hope Mr. Che’s work will be an inspiration for people of all walks of life,” said Manuela Soares, director of the Pace University Press at the launching ceremony. “His philosophy that people striving to be successful in business can use this opportunity not just for material wealth, but an opportunity to cultivate oneself and to progress spiritually, is a message much needed in today’s world.”

Huang Ping, the Chinese consul general in New York, lauded Chinese entrepreneurs as trailblazers and pioneers in China’s economic and trade cooperation with the rest of the world.

“The 40 years’ journey of Chinese entrepreneurs is a window onto our hard-working people, onto our reform and opening up, and onto the stories of these visionaries who have grown to find their place in the global economy and made their own contribution to globalization,” he said.

The diplomat also noted that the book series will help American readers better understand what has been going on in China during the past decades, calling for more communication and cooperation between China and the United States to enhance mutual understanding.

BookExpo America, one of the largest in North America, runs from Wednesday to Friday this year at the Jacob K. Javits Convention Center. Organizers said the expo has attracted some 500 U.S. and international exhibitors this year.