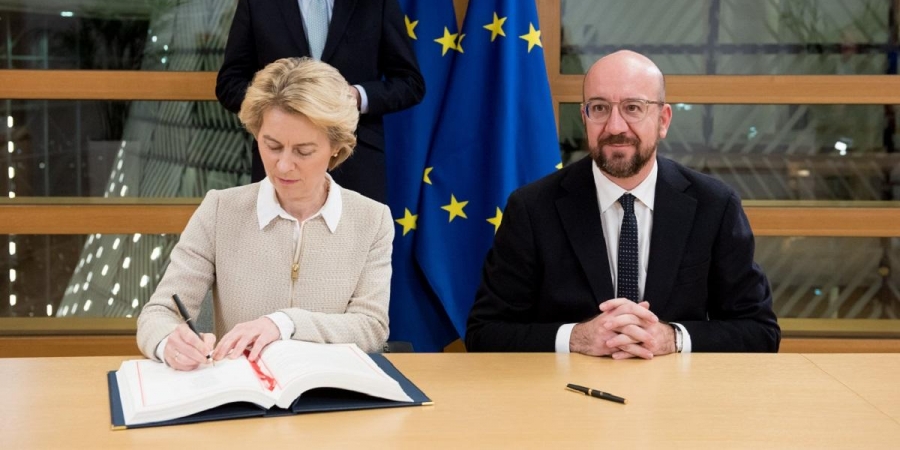 U.K. Prime Minister Boris Johnson is expected to also sign the text later in the day, after a planned fast-track vote by the British parliament on the deal this afternoon.

The deal, agreed on December 24, lays down the details of the future relationship between the U.K. and the EU.

The European Parliament and the Council of the EU have to examine and ratify the text before it can fully enter into force. But the treaty will apply provisionally from January 1. This means that the EU can start implementing the agreement with the approval of EU national governments but without the consent of the European Parliament. MEPs said they will scrutinize the deal at the beginning of next year.

“It is a fair and balanced agreement that fully protects the fundamental interests of the European Union and creates stability and predictability for citizens and companies,” Michel said in a statement, adding that the EU will seek close cooperation with the U.K. on climate change, as well as fighting the coronavirus and future global pandemics.

Von der Leyen said on Twitter that the intense 10-months negotiations have been “a long road.” She added: “It’s time now to put Brexit behind us. Our future is made in Europe.”