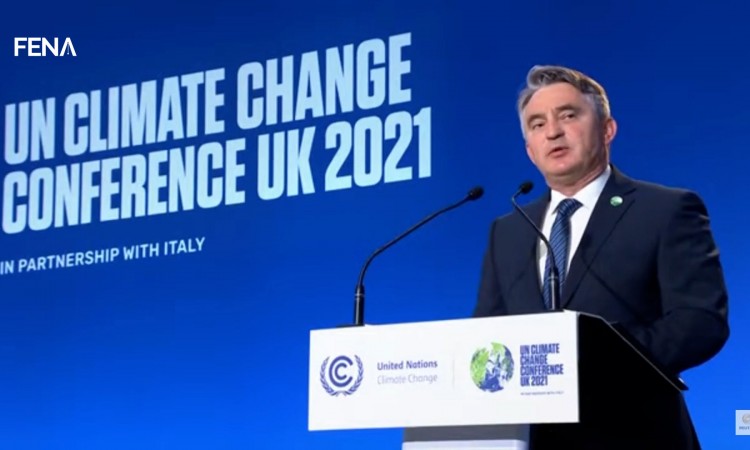 GLASGOW, November 2 (FENA) – Chairman of the Presidency of Bosnia and Herzegovina Željko Komšić addressed today the United Nations Conference on Climate Change (COP26) taking place in Glasgow, which is the largest such conference in recent decades, attended by more than 180 heads of state.

As Komšić pointed out at the beginning of his address, the conference is being held at a time when the world is facing the consequences of the coronavirus pandemic on a daily basis, as well as a series of climate challenges that pose a difficult task for humanity for the future.

“That is why it is important to reach a joint agreement on how to accelerate global action against climate change, in order to keep the temperature rise below 1.5 degrees Celsius, and prevent climate change from spiraling out of control,” he said.

He noted that the challenges are different for each country, but regardless of that, it is necessary for everyone to be on the same page and act together in the fight against the climate crisis, just as it is necessary to set realistic and achievable goals because implementation will require significant financial resources, especially in countries with lower GDP such as Bosnia and Herzegovina.

“BiH is making efforts to reduce greenhouse gas emissions, but in the coming period, we will have to invest more energy and money in order to achieve the goals we have set for ourselves. In April this year, BiH submitted its updated Established Contribution (NDC) to the United Nations Framework Convention on Climate Change (UNFCCC), confirming its commitment to fulfilling the Paris Climate Agreement,” Komšić reminded in his address.

He explained that by submitting this document, Bosnia and Herzegovina is one of the first countries in the Western Balkans to adopt an updated NDC with a plan to reduce greenhouse gas emissions by 33.2 percent by 2030 and almost 66 percent by 2050.

In order to meet the goals of climate change prevention, BiH is also working to enable the transition to sustainability and create a favorable environment for attracting private sector investment in clean, affordable energy.

“We will need significant international assistance when it comes to the transfer of technology, the establishment of financial mechanisms to encourage decarbonization, as well as financial support for projects related to climate issues,” Komšić added.

In order to further decarbonize the energy sector, in November 2020, Bosnia and Herzegovina signed the Sofia Declaration, thus undertaking to work together with the European Union to make Europe a climate-neutral continent by 2050.

“In this regard, one of the most important activities we are currently working on is the development of the Integrated Energy and Climate Plan for the period from 2021 to 2030 (NECP BiH). The document harmonizes multiple goals: the European Union in the field of energy and climate, the United Nations Framework Convention on Climate Change, the Paris Agreement and the Energy Community,” he said.

The Plan for Bosnia and Herzegovina will define goals for increasing energy efficiency measures, increasing the share of renewable energy sources and reducing greenhouse gas emissions by 2030, as well as the necessary policies and measures for their implementation.

“The aim is to set ambitious goals for each of the dimensions of the Plan, which we believe is realistic to be achieved by 2030, and which will enable further development of the energy sector of Bosnia and Herzegovina,” emphasized Komšić.

“In that sense, Bosnia and Herzegovina, like other countries, will need significant international financial assistance and support for the decarbonization of the energy sector by 2050, with a special focus on the planned closure of coal mines and the shutdown of coal-fired power plants,” said Komšić.

He notes that BiH undoubtedly wants to give its contribution in the fight against climate change, but it will not be able to do it alone, but it will need support and cooperation with countries that can accelerate this process with their knowledge and resources.

“Regardless of the fact that I do not represent a country with such a large population, in an effort to stop climate change it will be necessary for everyone to contribute, and you can count on us,” concluded in his speech the BiH Presidency Chairman Željko Komšić in Glasgow.

The UN Conference, called COP26, is considered a historic event in the fight against climate change, which is expected to be attended by 25,000 delegates from around the world. 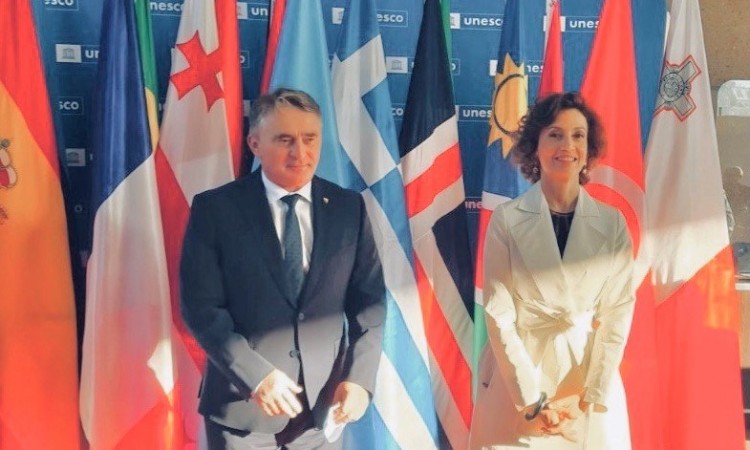 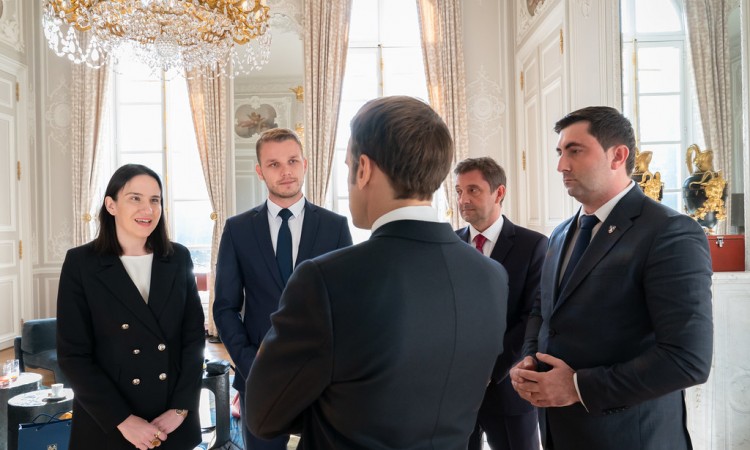 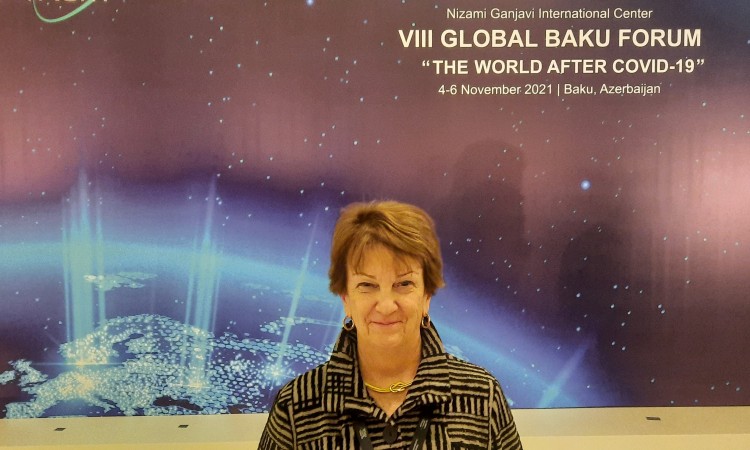 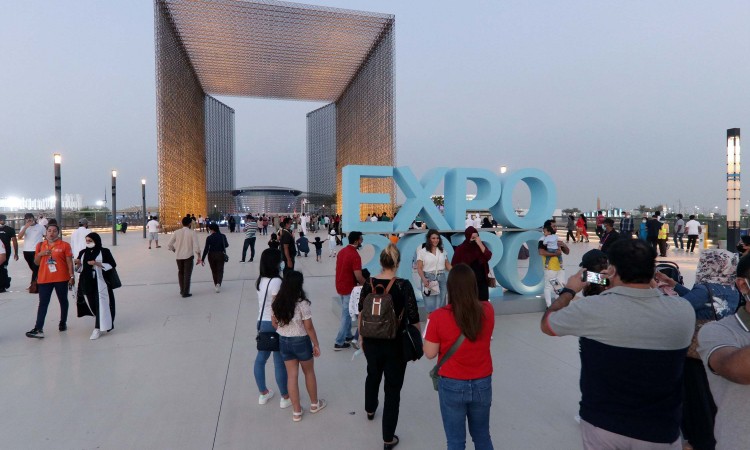 EXPO 2020 as a promotion of civilizations