Home International Regional Cooperation Bregu: Western Balkans has to be a place for young people to return to and to have a reason to stay 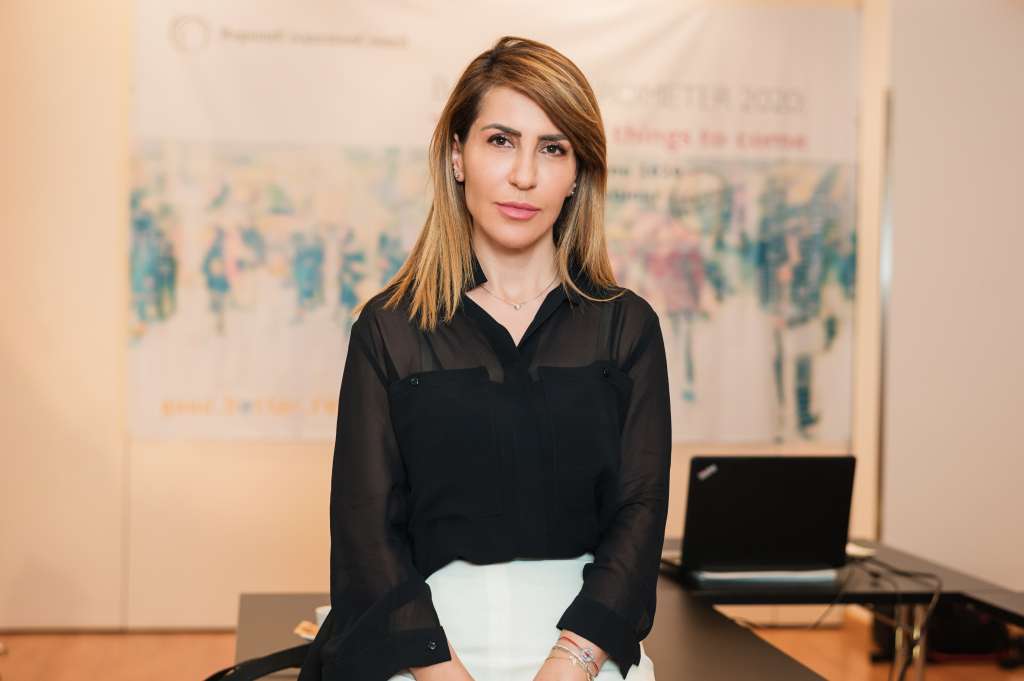 SARAJEVO, February 6 (FENA) – Seventy 70 percent of Western Balkan citizens aged 18-24 believe that EU membership would be a good thing for their respective economies – far more than any other age group. Their vision of the EU – of Europe – is one that allows freedom of travel (59 percent), freedom of work and study (59 percent) and economic prosperity (48 percent). Fears over loss of sovereignty, a major theme among EU’s Eurosceptics, are minimal, standing at mere 5 percent. It is thus the values that take the center stage – or as some from Brussels would say, the values enshrined in Article 2 of the Treaty on the European Union, wrote in her Op-Ed the Secretary-General of the Regional Cooperation Council Majlinda Bregu.

Freedom is the main vocation of youth. Even if you could make the long drives sound romantic, it is not only the freedom of travel that Western Balkans youth think of when they envisage Europe. It is also the freedom to study and work and for some among us like young people from Kosovo* this is still a dream.

In a region where over two-thirds of young people would be ready to acquire additional qualifications to get a job, or additional skills to advance, nearly a quarter of them are neither in employment nor in education or training. It, therefore, should not surprise us that, again, two-thirds of them would be willing to live and work abroad. Yet, work and study opportunities outside of their home economies are exhausting, expensive bureaucratic processes of recognition procedures and chasing the necessary permits.

Ask young people in the Western Balkans what they want, and they will, in their own words, cite back Article 2 of the Treaty of the EU to you. It is not the definition they have learned, it is the idea they want to live by.

Reality imposes restrictions on ideas. The EU is not perfect, the enlargement process is not easy, and for the most part, the future is not a straight line. However, if we are led by the idea, there are things we can do both to navigate the reality of today and to shape tomorrow along the lines of ideals to which we strive.

For today, we can start at home. If Europe is an idea, we can bring it to life in any corner of the world, including in the heart of the European continent, the Western Balkans.

Citizens of the region have great ideas. How do we know? We asked them to take part in our Balkathon competition and they delivered fresh, digital and innovative solutions which will benefit our region. Western Balkans also have many positive examples of girls in STEM, women entrepreneurs, and successful young people, which we are following and noticing and are always there to promote.

By supporting regional coalition on jobs and skills the region will ensure that companies develop and retain the talent pool of the WB. All of this for one most important cause – to make this region a place where young people have a reason to stay, and a reason to return to. Despite undeniably great steps that have been taken, such as entry into force of the Roam Like at Home regime in the region this summer, the road ahead is long and different factors sometimes slow our stride. It is no reason to despair, much less to abandon our vision. Instead, it is an additional encouragement to accelerate the process and strengthen the mechanisms of youth participation in decision-making and regional initiatives on youth cooperation.

Trust in young people is not misplaced. When the first Western Balkans Youth Policy Lab was launched in 2020, it was an experimental, innovative approach. Albeit modeled on best EU practices, it was a novelty in the region, it was an idea yet to become a reality, and because of that, its success was not a given one. Nevertheless, the incredible commitment, enthusiasm and intelligence of youth, working together with policy-makers, resulted in various initiatives across the region.

Policy Lab continued running, turning now in the direction of youth mental health. A topic of great importance, not only since suicide is the second most common cause of death among young people between the ages of 15 to 29, but also as experts and practitioners warn that the pandemic has exacerbated the feelings of stress, anxiety and depression.

Let us be frank: the generational gap in the digital sphere is indisputable. Taking a banal example, whereas on average a Western Balkan citizen is most likely to use Facebook among social media platforms, 62 percent of young people are on Instagram instead.

The reality in which youth live today is specific, marked by the rapidly transforming era of the fourth industrial revolution, a changing and precarious labor market, and a pandemic unprecedented in modern history. In this and other issues, it should not be our goal to understand young people – it should be to give their inputs, priorities and recommendations adequate space in policy-making and public discussions. In 2022, the European Year of Youth carries a promise to do just that.

As of yesterday, Tirana is bringing European youth to the Balkans. Being the Youth Capital is an honor, a responsibility and an opportunity to shape the future of this city and our region in the heart of Europe.
When asked what is to be done first, most of the youth involved in the process highlighted the same; to be involved in creating concrete changes, especially regarding the issues of education, employment, and environment.

We should not deceive ourselves. Western Balkans is full of young women and men of ideas, bright, talented, speaking several languages, with guts and self-confidence, second to none in sport or arts, and not poor cousins of Europeans. As a matter of urgency, we need to rethink, refurbish, recreate the reality young people would like to cope with, concluded the RCC Secretary-General Bregu.