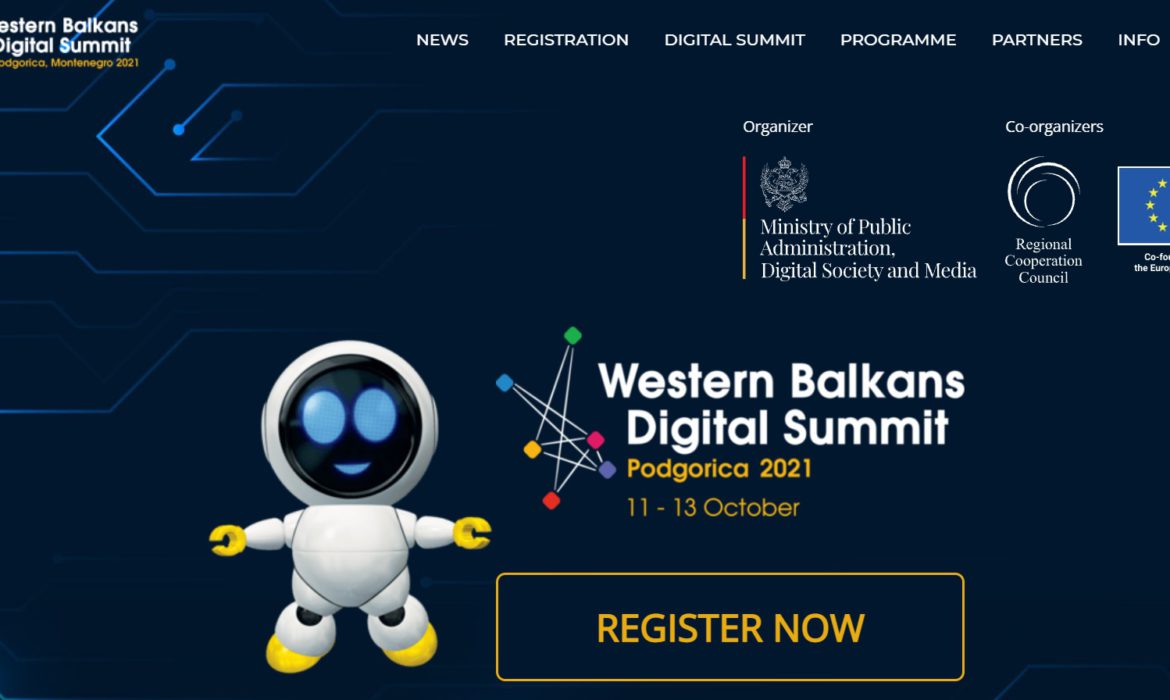 SARAJEVO/PODGORICA, October 10 (FENA) – The Regional Cooperation Council (RCC) is once again supporting the biggest digital event in the region – the Western Balkans Digital Summit (WBDS) – the fourth in a row annual event on digital cooperation in the region. This year, WBDS will be hosted by the Montenegrin Government and will be held in hybrid mode, from 11 to 13 October 2021, closing with the Ministerial panel on 13 October 2021, in Podgorica.

After full implementation of the Regional Roaming Agreement, signed at the second Digital Summit in 2019 in Belgrade, which led to roaming free Western Balkans as of 1 July 2021, this year’s WBDS will cover four main platforms: Network & Services Connectivity, Trust and Security, Digital Skills and Digital Economy.

WBDS 2021 will be opened on Monday, 11 October, by Tamara Srzentić, Minister of Public Administration, Digital Society and Media of Montenegro and RCC Secretary General Majlinda Bregu together with Roberto Viola, Director General at European Commission’s DG CONNECT; Hans Henri P. Kluge, Regional Director for Europe at the World Health Organisation (WHO); Claudia Dörr-Voss, State Secretary at the Federal Ministry for Economic Affairs and Energy of Germany; and Siim Sikkut, Deputy Secretary-General for Digital Development at the Ministry of Economic Affairs and Communications of Estonia.

On the second day of the WBDS, on 12 October, six winners of 2021 Balkathon, a regional online competition for the best digital solution organized annually by the RCC, from six WB economies will present their winning apps: ‘HEST’ from Albania, ‘E-klinika’ from Bosnia and Herzegovina, ‘Kosovo Digital Association’ from Kosovo*, ‘Pokupi’ from Montenegro, ‘ISLAA’ from North Macedonia and ‘Bifrost’ from Serbia.

The entire Summit will be streamed online and the access is available upon registration at https://digitalsummitwb6.com/registration or follow the event at https://bit.ly/WBDS_YouTube

WBDS is taking place in the framework of the Berlin Process and the Common Regional Market Agenda for the Western Balkans. The first-ever Western Balkans Digital Summit was held in Skopje in April 2018, while the second WBDS took place in Belgrade in 2019, and the third in Tirana last year, announced the RCC.