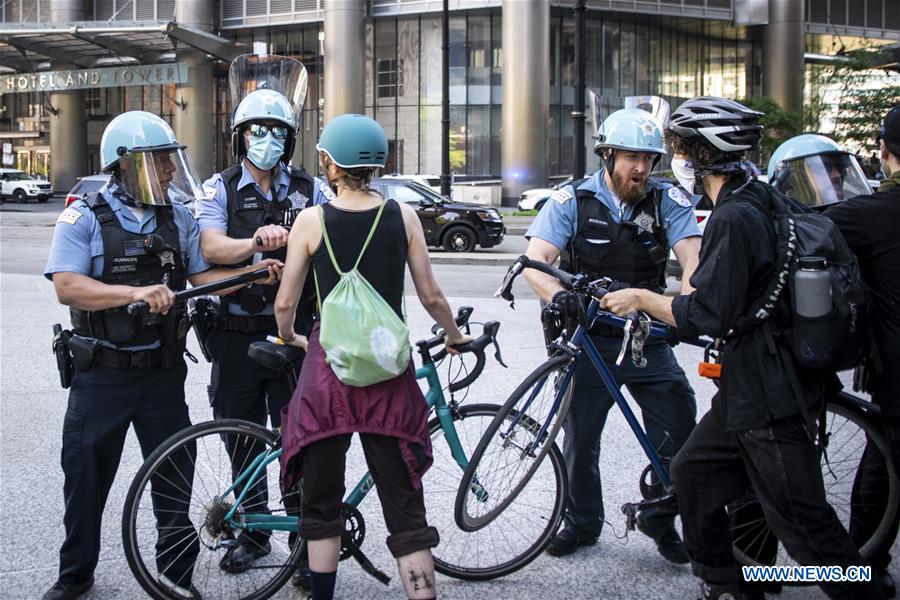 WASHINGTON, 2 June (BBC/FENA) – President Donald Trump has threatened to send in the military to quell growing civil unrest in the US over the death of a black man in police custody.

He said if cities and states failed to control the protests and “defend their residents” he would deploy the army and “quickly solve the problem for them”.

Protests over the death of George Floyd have escalated over the past week.

Four police meanwhile were shot and injured on Monday night during unrest in St Louis, Missouri.

Protests have so far swept more than 75 cities

The protests began after a video showed Mr Floyd, 46, being arrested in Minneapolis on 25 May and a white police officer continuing to kneel on his neck even after he pleaded that he could not breathe.

The officer, Derek Chauvin, has been charged with third-degree murder and will appear in court next week. Three other police officers have been fired.